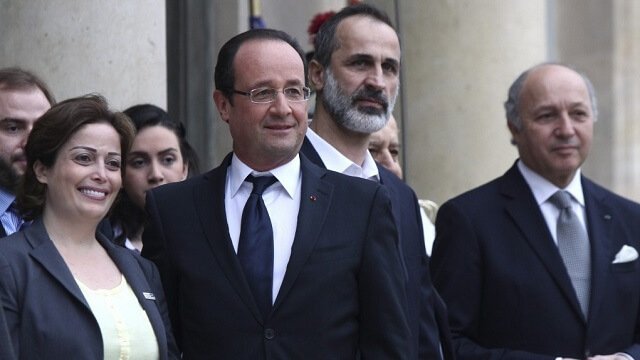 Russia, Iran, and the Assad regime have been propagandizing that the alternative to the Assad regime is ISIS. Saudi Arabia, in a smart move to counter these lies, is inviting 65 moderate (As far as we know. Jury still out) Syrian opposition leaders and figures to Riyadh to dispel this notion. This upcoming meeting, in effect, is Riyadh presenting the world 65 alternatives to Assad. All moderates (hopefully), all capable.

After the meeting date has been announced, Iran said that the meeting of Syrian opposition figures in Riyadh will cause failure of Syrian peace talks among major Western and Middle Eastern countries, the semi-official Fars news agency quoted a senior official as saying on Thursday.

“The peace talks are an opportunity to find a political solution to end the war in Syria … such meetings in Riyadh … are aimed at harming the Vienna talks. The meeting in Riyadh … will cause the failure of Vienna peace talks on Syria and it is not part of Vienna agreement.”

Iran fears the rise of a moderate figure alternative to Assad that could force the West to remove the psychopath of Damascus forcefully from power. Its propaganda that Assad alternative is ISIS has been well sold in the West.

The first two rounds of the Syria peace talks, many believe are just a way for Iran to buy more time for Assad, were held in Vienna. In a November meeting on Syria in Vienna, participants agreed on a political process leading to elections in Syria within two years, but differences remained on key issues such as what happens to the psychopath Baschar al-Assad’s fate.

The United States, its Gulf allies and Turkey say Assad, whose crackdown on initially peaceful protests in 2011 triggered the war, must step down as part of any eventual peace deal.

Iran and Russia back the Syrian psychopath and the butcher of Damascus, saying that global powers should not impose their political will on Syria.

The disunity among the Syrian opposition has been a hurdle in seeking a peaceful solution to the Syrian war that has killed more than 250,000 people and displaced millions.

This meeting with Riyadh presenting the world 65 alternatives to Assad is also to unite these leaders behind that figure, something Saudi Arabia is quite good at.

If the figure is as moderate as the late Rafik Hariri or his son Saad, soon to become the Prime Minister of Lebanon again, then it may push the Western countries to remove Assad from power, something Putin and Khamenei fear.

If the alternative is an Islamist affiliated with the Muslim Brotherhood or any other extreme organization, the war will go on indefinitely.