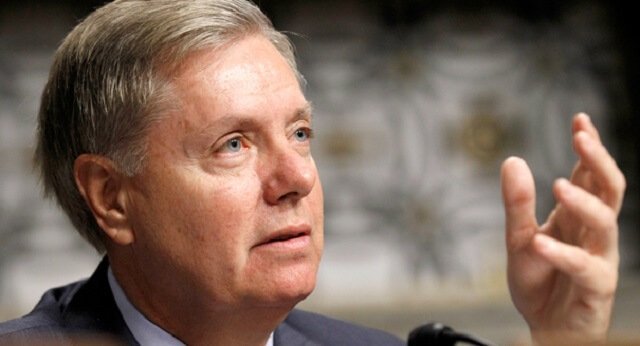 No American politician gets it on Syria like Senator Lindsey Graham.

From day one, he has been pushing Barack Obama to arm the moderate Syrian opposition to defeat the Assad regime, and Obama has refused such aid for fear he may upset the terrorists in Tehran.

Folks, we have a U.S. President in the White House who fears upsetting our enemies more than his fear of harming our interests in the region. Happy you voted for Barack Obama?

Watch, in the video below shot on October 27, the grilling Senator Graham imposes on Secretary of Defense Ash Carter and JCS General Joseph Dunford with regard to Obama’s policy on Syria. Both, we must add, do not decide Syria’s policy because Obama has kept all decision making with regard to matters dealing with U.S. intervention overseas strictly within his inner circle. His listens to no one, and asks no one his/her opinion.

Any wonder why the con man in the White House seems at loss of what to do when he claims to defend U.S. interests, but instead appears that his real job is to help our enemies.

Senator Lindsey Graham gets it on Syria. He knows Arabs won’t accept what Obama has ordained, nor will Syrians ever accept to live with Assad in power.

He knows that there are still moderate forces fighting Assad, which Russia recently admitted they existed. This after the Assad propaganda machine wiped them all out and the dumb far right in America, who fell in the Assad trap so easily, began repeating the Assad line: If not Assad, it is ISIS.

The video below strips both Dunford and Carter naked. Graham made them admit, indirectly, that America is helping Hezbollah, Iran, and Russia by not intervening against Assad because it is not helping the moderate forces remove him from power.

Senator Lindsey Graham gets it on Syria.