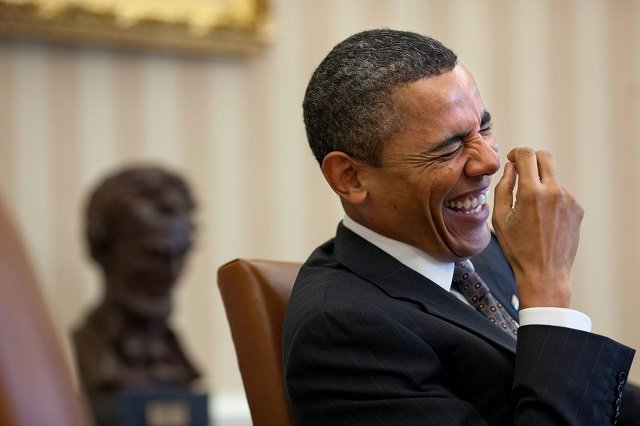 Obama’s Masterpieces, Count Them, Remember Them

What happens when a chief of police abandons a district with extreme violent tendencies to roaming gangsters then strikes a deal with their top honcho to maintain peace and order on his behalf?

What happens when an arbiter relieves himself from the duty of refereeing a boxing match and leaves the matter to trainers and boxers to sort out who won the match?

Every country around the world looks for America’s leadership. It is not our choice to abandon those who look for our leadership to terror and instability.

These are Obama’s masterpieces; let us count them, and remember them.

In Syria, there are nine wars being waged at the same time.

Count them. In one country alone, Obama’s non-intervention, ignorance, and apathy has started nine separate wars.

In Iraq, the Iraqi Army, backed by Iranian-funded militias are battling ISIS alongside American F-16’s. These are two separate wars.

In Israel, tensions are rising and clashes exploding between the Palestinians Obama is nudging and the Israeli government.

Pakistani militants and terrorists with allegiance to ISIS Obama helped forge when he abandoned Syria to Iran are attacking districts on the Pakistan-Afghanistan borders. Just another day at the office for Barack Obama.

An Arab-led coalition is battling the Houthis in Yemen the Iranium Mullahs, Obama’s partners, support to destabilize the region.

Lebanon is facing total collapse of its political institutions as Hezbollah drives the society to the abyss, also emboldened by Obama abandoning the region to their Iranium terror masters in Tehran.

So far, Obama’s masterpieces policies in the Middle East have started thirteen wars and one about to beak out involving several Middle East countries, Europeans joining the US-led coalition, and America.

He is not done yet.

These are Obama’s masterpieces. Count them and never forget what a disaster Barack Obama has been domestically and internationally.

Obama’s Masterpieces, Count Them, Remember Them