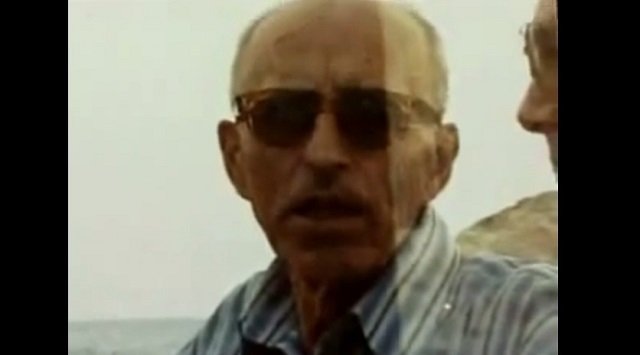 Is Nazi fugitive Alois Brunner still alive in Syria? The Los Angeles-based Simon Wiesenthal Center launched a poster campaign in Germany this week in an attempt to track down the last surviving Nazi war criminals.

“Late, but not too late,” the posters read. They encourage those with information to call in tips to a hotline in the hopes that some former Nazis can still face justice before their deaths.

In Germany itself, the center estimates there to be 60 people left who are still fit to stand trial for war crimes. Other former Nazis, including most of those on the Wiesenthal Center’s top 10 most wanted are believed to have slipped into hiding throughout Europe and the Americas.

But the number one most-wanted, potentially-still-alive Nazi war criminal on the list is suspected to be in Damascus, possibly in the Meridien Hotel, living under the protection of the Syrian government. The Wiesenthal Center admits that the chances that Alois Brunner, born in 1912, and last spotted in 2001, is still among the living are ‘slim’ but until conclusive evidence of his demise is obtained” the hunt for Brunner should continue, the center says.

How did Brunner, Adolf Eichmann’s second in command, who deported at least 128,000 Jews to Nazi camps, come to find refuge in Syria?

According to a 1987 article in the Chicago Sun-Times titled “Nazi Butcher in Syria Haven,” Brunner first fled to Cairo after the Second World War, then later slipped into Damascus. He was arrested by Syrian police in 1960, who, according to a 1990 Los Angeles Times story, initially thought he was a drug dealer; when he revealed himself to be a fugitive Nazi, however, he was released.

He went on to ingratiate himself so thoroughly with the Syria government and the ruling Assad family  – helping to set up Syria’s intelligence services and bringing German rocket scientists to the Middle East – that the Assads (then led by Hafez) expressed their thanks in the form of personal bodyguards. He went by a false name, Dr. Georg Fischer, but it seems that by the 1990s, the Syrian government was the only one still keeping up the pseudonym, insisting that Brunner was indeed the innocent Fischer when pressed by the multiple countries seeking to extradite him.

He wasn’t untouchable – he lost an eye in 1961 to a letter bomb sent to his Damascus apartment by the French secret service, and four fingers on his right hand to another letter bomb, this time from the Israelis in the 1980s. He was also never repentant, telling the Chicago Sun-Times in a brief phone interview that “all of them deserved to die because they were the devil’s agents and human garbage,” and “I have no regrets and would do it again,” before hanging up.

There have been occasional rumors of Brunner’s death: once in 1992 and again in 1999.

If still alive, he would be 101 years old, and Damascus has gotten a whole lot more dangerous since he was last spotted there. “The likelihood that he is already deceased increases with each passing year,” the Wiesenthal Center says. And if the Assads weren’t extraditing him a decade ago, they certainly haven’t grown more inclined to co-operate since. For those hoping to bring Brunner to justice, it seems it may really be too late.