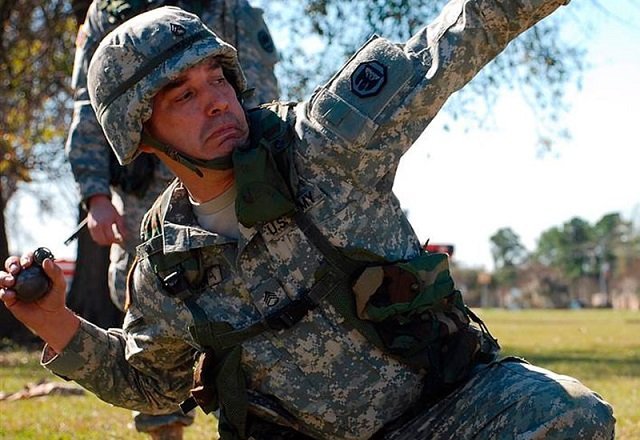 Fire in the Hole

General Martin Dempsey, in describing the “unintended consequences” of assisting the Syrian Rebels defeat Assad, also made the following statement:

“Should the regime’s institutions collapse in the absence of a viable opposition, we could inadvertently empower extremists or unleash the very chemical weapons we seek to control.”

It just makes you wonder when the Obama Administration embraces and empowers the Islamists of the Muslim Brotherhood where those ideas come from. The one lighting the fuse is also the one screaming fire in the hole, unless the US has as many Commander-in-Chiefs as the Beethoven Opus 131 has violins.

The concept of who replaces Assad is one that has been passing down from one Assad generation to the next. It is as timeless as ‘boy meets girl’ in the movies, and what General Dempsey has said is exactly what Assad today is saying to the Obama emissaries to Damascus.

Mind you, I am not saying General Dempsey has become the mouthpiece of Assad. Nor that Admiral Clapper has become the mouthpiece of the Muslim Brotherhood when he uttered how secular the MB is. Nor that Secretary Clinton fell under the Assad’s spell when she described him as a “reformer” in the middle of hunting down peaceful protesters. Far from it, our enemies cannot possibly influence this administration.

At least, some people would be more understanding now of why dissidents from all over the world mind it when America opens a dialogue with their oppressors.

Grow up America. You cannot use the spin of your enemies to excuse their nefarious behavior. The way we have decimated al-Qaeda when America puts its mind to it is the way we will defeat any clear, present, or future danger in Syria after Assad.

The problem is the lack of will by diffident politicians looking for excuses not to tackle the difficult choices America faces.

The problem is to convince this administration that Assad, Hezbollah, and the Mullahs of Iran are as bad if not worse than al-Qaeda. Waiting for any of them to commit a 9/11 against the US or its allies before America reacts is like a firefighter waiting for fire to consume a house before he inundates it with water. Should the smoke not be enough?

Fire in the Hole

The Good, the Powerful, and the Abused
There is no escaping Israel
Assad is al-Qaeda
Western Appeasement 469