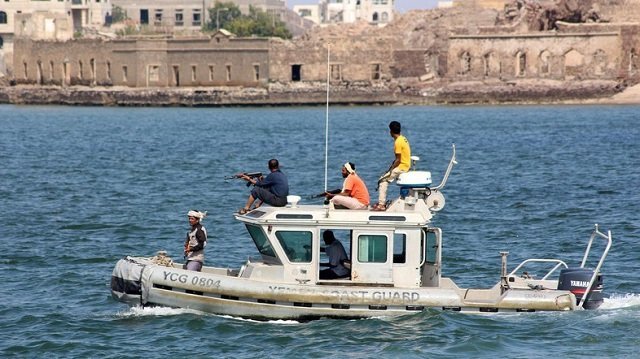 Iran Is Getting Hammered in Yemen

January 7, 2016 3:34 pm 0
A Richer Iran Will Target the Americas
Are We Inventing Intelligence Now?
What Should be Done with Iran?

There is no doubt that ever since the Sudairi-blooded King Salman of Saudi Arabia ascended to the throne on January 13, 2015 Saudi Arabia has risen like a phoenix to confront Iranian terror with force and resolve. Today, Iran is getting hammered in Yemen and is still struggling in Syria despite the Russian military invasion.

Unlike his predecessor King Abdullah who was mollified by Iranian aggression, King Salman has met the challenge of the Mullahs and the terrorist Khameneist regime heads on with policies that are giving the Mullahs in Iran a run for their money.

“We have full control of the port and the town, along with its historic castle,”

Intensive clashes had raged in the area since mid-December when government forces trained in nearby Saudi Arabia crossed the border and seized the town of Haradh.

The militias, known as Houthis, have reportedly used Midi’s port to bring weapons into their traditional stronghold in the north.

Despite losing Midi, they and their allies of renegade troops loyal to former president Ali Abdullah Saleh, continue to control a long stretch of the coastline.

Government forces have enjoyed air support from the Saudi-led coalition, which launched a campaign against the militias in March after they advanced on the southern city of Aden where Hadi had taken refuge before fleeing to Riyadh.

Iran Is Getting Hammered in Yemen