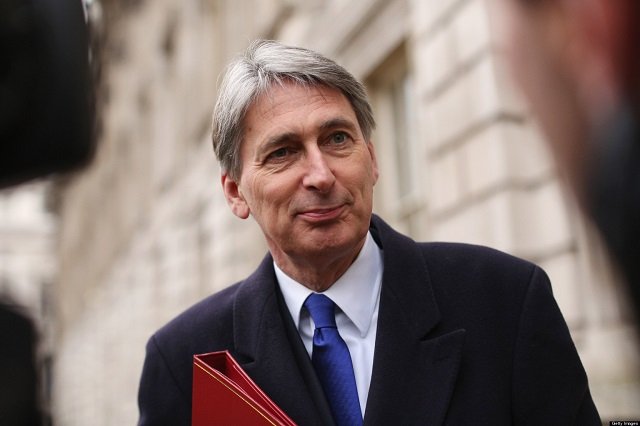 Russia is engaged in “classic asymmetric warfare” in Syria by using its military clout to prop up Baschar al-Assad while saying it is attacking Islamic State militants, Britain’s foreign minister said on Sunday.

Russia last week began striking targets in Syria – a dramatic escalation of foreign involvement in the civil war which has been criticized by the West as an attempt to prop up Assad, rather than its purported aim of attacking Islamic State.

“It looks like a classic bit of Russian asymmetric warfare – you have a strong propaganda message that says you’re doing one thing while in fact you are doing something completely different and when challenged you just flatly deny it,” Philip Hammond told Reuters in an interview in Manchester.

He said Britain had held discussions with Russia but kept on getting the same response – that Moscow was attacking Islamic State militants in Syria.

“You try talking to the Russians,” he said. “They just keep repeating their position – that is by the way also the Iranian position – and it is just incredible.”

Incredible? This is how a Russian spy plays a British diplomat like a Yo-yo.

He said that Britain needed “absolute clarity” that Assad would not be part of Syria’s future.

“That’s not some random bee in the bonnet that I’ve got; it’s that without that commitment we will never get the broad spectrum of Syrian opposition groups to sit down and agree around a table how we take forward the discussion about Syria’s future,” he said.

Hammond dismissed proposals put forward by Russia and Iran for elections, saying Syria was “a million miles away” from being able to hold a free and fair vote.

Hammond said the key to ending the suffering caused by the four-year civil war was a managed transition to peace – even if it meant Assad retained power temporarily.

“If the price for doing that is that we have to accept that Assad will remain as titular head of state for a period of time, do I really care if that’s three days, three weeks, three months or even longer? I don’t think I do,” he said.

Hammond does not realize that offering Putin an olive branch in the form of “Assad can stay a little while” is making him, and any other world leader, look foolish. It is words against the raw power of Putin’s military. And words do not decide wars. This is how a Russian spy plays a British diplomat like a Yo-yo.

Hammond also said Russia represented a threat to the international system upon which Britain’s security depended, saying it had shown that it did not respect diplomatic norms.

He pointed to Russia’s annexation of Ukraine’s Crimea region last year as an example of Kremlin chief Vladimir Putin’s approach to international law.

But, he said that Moscow still had an important role to play in the Middle East and that Britain could not afford to ignore Russia’s role in negotiating peace in Syria.

“It would not be in our own interests to say that we will not talk to the Russians about the situation in Syria because we object so strongly to what they are doing in Ukraine,” he said.

“We have to compartmentalize these disputes,” calling for Russia to re-engage with the international system.

“We just need a Russia that accepts there are rules in the system, and you can’t throw your toys out of the pram and resort to military force every time you don’t get your way,” he said.

This is why a Russian spy plays a British diplomat like a Yo-yo. The diplomat thinks his enemies matter.