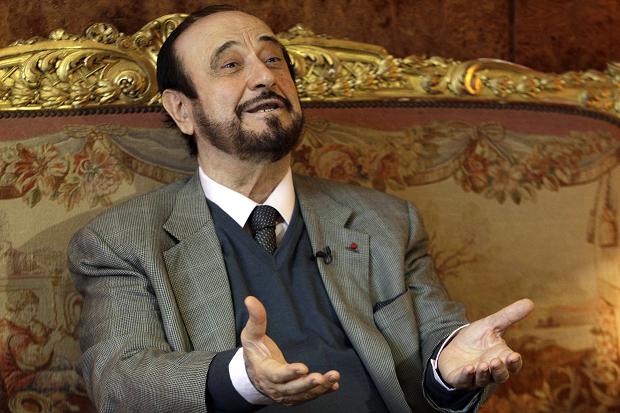 In the fall of 2013, France, by request from the French anti-corruption organization Sherpa, opened an investigation into the ill-gotten fortune of Rifaat al-Assad, uncle to the dictator in Damascus. to assess its origin.

Sherpa claimed that the apartments Rifaat al-Assad, nicknamed the Butcher of Hama, owned in France, and which were valued at 160 million Euros in 2013, were purchased with funds he pilfered from the Syrian treasury.

The numbers assessed in late 2013 did not include other apartments Assad began to sell in the summer of 2013. One such sale fetched 70 million Euros.

Testimony into the French judges targeting Rifaat al-Assad has revealed that his fortune originated from Saudi Arabia; in particular from the late King Abdullah. His attorney, Benjamin Grundler, told AFP:

“These are not Syrian funds. We have witnesses, who brought the money to Rifaat, testifying as to the legal origin of these funds”.

The problem RPS has with this statement is how easy it is for Rifaat al-Assad to buy someone’s testimony to escape culpability. This lawsuit was filed in late 2013, which would have given Assad ample time to obtain verifiable documents from the King’s court in Saudi Arabia confirming the origin of the funds. No such documents were presented.

It is a well-known fact that the Assad family has pilfered over the years billions from the Syrian treasury. In fact, some Syrian oppositionists who were members of the Syrian parliament before Assad turned on them, have documented the financial raids perpetrated by the Assad family to include Syrian oil extraction and sale that never saw any accounting or audit.

Rifaat al-Assad, in his capacity as the brother of Hafez, surely must have benefited from these off-the-books oil sales. Proving he did not is Rifaat al-Assad’s burden to prove, and the French judges targeting Rifaat al-Assad corrupt fortune need to call Syrian oppositionists to testify.

Furthermore, Rifaat al-Assad has many trusted front men who make Paris their home and whose fortunes are easily traceable to corrupt business deals. Sherpa may have to open the books of these individuals in order to get one of them to turn on the Assads with damning testimony. One such businessman, in fact, owns a 5-star historic hotel in the heart of Paris.

The French judges targeting Rifaat al-Assad and Sherpa must watch American police shows to see how it is done.

Diplomacy in a World of Extreme Violence
Justice or Islamism?
The Arab Curse
Things That Matter 382