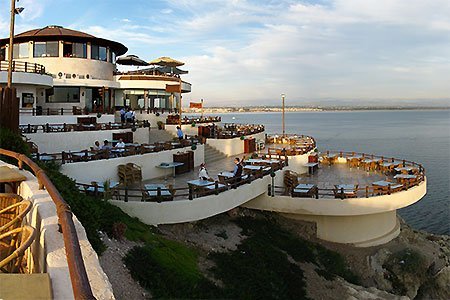 The Assad regime has been gassing civilians with Sarin and Chlorine Gas since 2013. It has also been dropping barrel bombs on children and women since 2012. Both represent what the Assad regime embodies for millions of Syrians willing to fight to death, Koran or no Koran, until the regime is held fully accountable for its crimes.

Syrians have learned from the good people of Israel that no violent deed should go unpunished, and as the Jews hunted down Nazi criminals, so will Syrians hunt down Assad and his 150 criminal thugs until they perish. In our estimation, no Syrian affected by the criminality of Assad will rest until justice is dispensed fully.

With Jisr al-Shugur firmly in the hands of the Islamists, it won’t be long before a large number of fighters from different groups unite to assault Latakya, Assad’s heartland. Extreme violence is knocking on Assad doorsteps.

Because the next battle may be a direct confrontation with the Alawites on their rich turf, the Muslim extremists will be able to attract new fresh recruits by the thousands.

Before the assault takes place, Alawite mothers have two choices.

Because extreme violence is knocking on their doorsteps, they can deliver their remaining sons hiding in attics and basements to Assad to confront angry and extremely violent Sunnis seeking justice, or they could go in the streets of Latakya protesting the Assad rule.  The latter will prompt Putin of Russia to act because he knows if the Alawites quit on Assad, he is a dead man walking, and so are the Christians he is protecting.

How will Putin act in response to the protests? He will be forced to find an alternative to Assad that everyone can agree upon in the hope of stemming the Sunni tide by uniting all parties against them. Once Assad is gone, Barack Obama and Vladimir Putin can now concentrate on defeating ISIS and Nusra with Iran and the Gulf countries by their sides. Everyone is united against ISIS and Nusra, but east and west are divided over Assad. Once he is removed, smooth diplomatic sailing will follow.

The Soviet Union has invested heavily in the Assad family. That investment began in 1956 when Hafez al-Assad, Baschar’s father, began his training as a pilot on Russian MIGs. It began to bear fruit in the mid 60’s when Hafez became the minister of defense of Syria and it continues to bear fruits today as Assad destabilizes the region for Russia to find her services useful.

Putin, in his attempt to revive the Soviet Empire, believes the Assad regime is an important component to pave the way towards that goal. Putin will have no choice but to seek an alternative strategy if the Alawites of Syria revolt against the Assad regime in time to abet the upcoming Sunni assault.

Otherwise, more young Alawites and Christians will die needlessly at the hands of an endless supply of extremely violent Sunni Muslims whose hearts have stopped beating the moment they came to fight Assad and his criminal thugs.