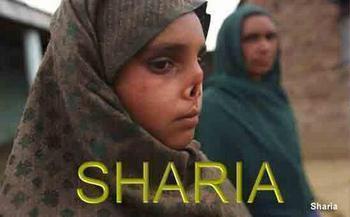 October 26, 2011 11:45 am 7
Don’t Leave it up to the Syrian Opposition
Western Economies Feed Off Tyranny and Islamism
Vivian Schiller: Fly on a Plane Full of Islamists

Justice will be the most important word in the lexicon of humanity the first 25 years of this century.

Justice is what the European under-class are calling for.

Justice is the basis for the Tea Party birth.

Justice is what the Arab Spring is calling for.

While justice is in the eyes of the beholder (i.e. socialized healthcare system), in the Middle East justice is so absent from the daily lives of people, the west better not confuse it with the brand used by wall street protesters or progressive community organizers.

If the west fails to understand it as it relates to the travails of the Arab and Muslim streets, the region will implode and both civilizations will pay a price none can afford.

But while justice is achievable in a democracy through dialogue, adaptation, and policy changes, it remains an elusive concept in the Middle East; and because it is never addressed properly, Islamists, themselves the abusers of the most basic of human rights, are invigorated and the Arab street is revolting (Notice how most of the political organizations started by Islamists use the word Justice in their label).

Muslims rely on the west to deliver justice because it cannot expect one of our own to differentiate between what is just and what is a social aberration.

Take these examples of western-imposed acts of justice against mass murderers.

Now, take these examples of unruly justice in the Middle East unless the west interferes

No Arab ruler ever delivered justice to his people and no Islamic organization has fared any better (i.e. Hamas). Some even go out of their way to protect the unjust. Is it any wonder the Middle East region is in turmoil?

The culpable party is none other than the Arab League whose number one mission is to protect the unjust from ever facing the misdeeds of their actions. It indirectly paves the way for more injustice by empowering Islamists directly (Remember how they insert the word justice in their political arguments and labels?).

Only when the west demands accountability, do we see some results all delivered by the barrel of a gun and the more the west imposes swift justice upon mass murderers, corrupt despots, the less likely the Islamists will drive the agenda in the future and the more likely the west can influence positively the region.

Swift justice against despotic and self-imposed Arab rulers is essential to bridging the gap between both civilizations because it adds one of the most important common denominators linking humans in their most basic and natural needs. It sucks the oxygen out of the Islamists vs. Crusaders argument, one level higher than survival.

Western Economies Feed Off Tyranny and Islamism
Islamism Is Out of Control
If We Write, We Must Know the Basics of History
Syrian Revolution 1335