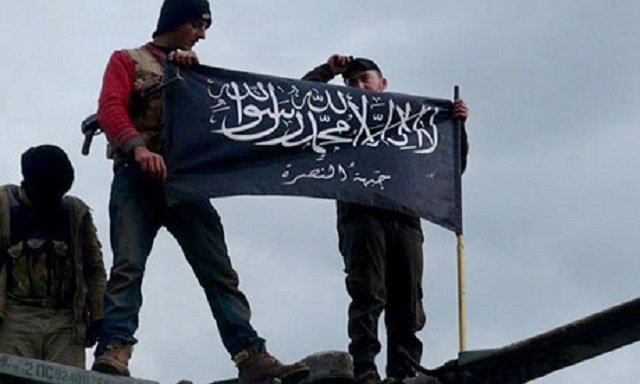 Islamism Is Out of Control

November 23, 2013 3:33 pm 0
Obama is mimicking the savagery of Assad
Treasury’s Charge Sees Tehran Enabling al Qaeda in Syria
Has the US selected an Assad secret alternative?

Islamism is out of control. Up until now, European Capitals, Moscow, and Washington have acted in ways to increase its danger. Islamism had the same urgency the White House has in investigating the IRS. Besides clearing Syria from CW’s, little has been done to stem the tide or address the Syrian humanitarian tragedy.

However, alarms are beginning to sound, but the timidity of the West, in response, will yield worse consequences. Islamism is out of control.

The same Governments that dialed back on Syria and remain adamant about a DOA peace process feeding the Islamist rhetoric are beginning to voice some concerns. Is it that rub-the-eyes moment at the break of dawn for them or is this just another effort to kick their responsibilities to another government? After all, who would want to start a war against battle-trained hardcore Islamists after the experience of the US and the Soviet Union in Afghanistan and Iraq?

Assad, with all the help he is getting from Iran and Russia to include manpower and materials, has shown to be incapable of defeating these Jihadists multiplying like rabbits and giving their lives to take those of others. Islamism is out of control.

In this Wall Street Journal article, the first three sentences sum-up why the Islamists in Syria will win over Assad and Iran combined:

“For months, Syrian government forces hunkered down at a remote air base north of Aleppo, deftly fending off rebel assaults—until one morning a war machine rumbled out of the countryside, announcing that the Chechens had arrived. The vehicle was notable for its primal scariness: Rebels had welded dozens of oil-drilling pipes to the sides of the armored personnel carrier, and packed it with four tons of high explosives, according to videos released online by the rebels. It was piloted by a suicide driver, who detonated the vehicle at the base, sending a ground-shaking black cloud into the sky in an attack that analysts said finally cleared the way for rebels to storm the airfield.”

Are you getting the picture? Who is going to dislodge these extremists? Obama? Putin? Hollande (Done his share in Mali)? Merkel? Netanyahu? No one. Even the Kurds and the Turks have enough common sense to realize their interests lie in lying low. Syrian Jihadists are making Mughnieyeh look like a Kindergarten teacher.

Nonetheless, the US intelligence community is sounding the alarm not because the Salafis are flooding from Chechnya, but because “dozens” of Americans are now fighting in Syria side-by-side with the Chechnyans and because Lebanon may not escape the Syrian civil war and its escalation. The Australians, as well as the Saudis, already believe Lebanon is the next battleground. The Saudis just urgently ordered their citizens out of Lebanon.

Europe is also sounding the alarm over the Jihadist extremist elements winning over everyone else; the continent cannot afford to lower its guard because of geographic proximity.

The West knows that any military action now will cost much, but with no military action, Jihadism and Islamic extremism are planting deep roots in northern Syria and Western Iraq that no one has the appetite to dislodge anytime soon and maybe never. Talking about not knowing what to do. If Europe can build a gigantic wall to isolate the Middle East from the rest of the world, their leaders would do it in a heartbeat.

Islamism is out of control not only because the West remains aloof to interference, but also because of the actions of Assad and Iran.

Take the act of raping Sunni Muslim women for example or use Sunni Muslim pregnant women as target practice. For every Syrian woman raped, Sunnis globally recoil with indignation because a rape is equivalent to trampling the honor of men. Honor, to Muslims, is even more important than security is to Americans or Israelis. We Muslims kill and die for honor. Those rapes the Assad men committed are like free Jihadi lottery tickets with everyone showing up to claim their prize. Honestly, Assad is a gift worthy of his mentors in Khamenei and Putin.

Western pundits and Middle East observers pushing one policy or another never understood the effect rape has on the Sunni masses. The situation is out of control and no amount of intelligence or advanced weaponry will crush the extremism planting deep roots in Syria. You are watching the inability of Assad, even with all the savagery he can muster and with all the help from Russian mercenaries, Iranian Quds thugs, and Hezbollah terrorists, to stem the tide of Sunni extremism.

We truly pity the minorities of Syria who are suffering under Assad as much as they would have under an Islamist Government. Their choices were either a slow death or a much quicker one. They chose the slow death and watching how the West is washing its hands from Syria (No interference, no protection for the minorities, and no mention of Syria by the White House since September), many Syrians wish they could save them from the terror of both Assad and the Jihadists.

We have always believed the salvation of the minorities is in the hands of leaders who are like the late Rafik Hariri able to build consensus and protect all Lebanese equally. Until Assad and Hezbollah killed him to own the minorities, which is now threatening the minorities’ very existence.

The only solution left for Syria is to remind the Obama Administration of its own incompetence and lack of foresight. Hammer them for history never to forget how disastrous a President Obama was.

Islamism Is Out of Control

To Defeat Islamic State, Remove Assad
US limited choices to combat terror on both sides
Will he backtrack again?
Radicalism 567