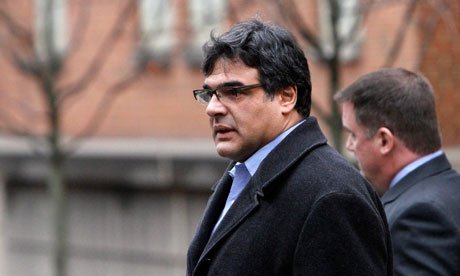 It seems there is a CIA payback for Assad rendition services under way. It has partially gone public with this article by one of their employees named John Kiriakou we are extracting a portion from to analyze.

In “The GOP Candidates Know Nothing About Syria“, Mr. Kiriakou, who admits to having served at the CIA in the Middle East Department, states the following in support of the psychopath Baschar al-Assad of Syria.

And what of Assad? He’s a ruthless dictator, to be sure. And the civil war he helped set in motion has claimed the lives of more than 200,000 of his own countrymen – and forced nearly 12 million more to flee their homes as refugees or internally displaced people within Syria.

But he’s also the only one protecting religious minorities like Alawites, Druze, and Christians in Syria – the latter of whom make up about 10 percent of the population, including notable minorities in both the Syrian parliament and cabinet. Unlike many people elsewhere in the region, Syrians of all traditions were generally free to practice their faith before the war began.

Gee, since when Muslims are excused to kill so many to save so few? This is how a CIA payback for Assad rendition services look like. To protect the few, kill, displace, and torture far more.

The CIA, it seems, supports talking to Assad. Let the fireworks begin. Open those dungeon gates. Torture Syrians. Kill them with electricity. Hang them by their balls. Who cares about one Muslim terrorist killing Islamists or innocent Muslims? The CIA did not do it. All the agency did was call for it in open articles.

This must be, by far, the smartest way to stop Islamic terror. Support a Shiite psychopath to torture and hang more Sunnis while pretending we are truly going after ISIS with all our might.

Is the CIA getting dumber or lazier?