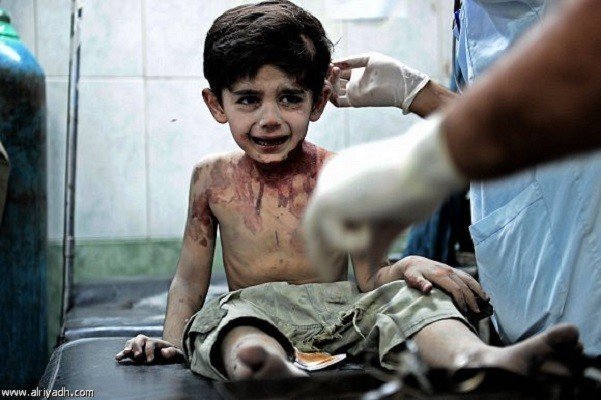 TFS Note: Notice how the US blasts Russian violence through a State Department spokesman just before New Year’s eve when very few are paying attention. Obama has no balls to wait after the holidays to blast Russia or to stand up to Putin himself.

The U.S. sharpened its criticism of Russian airstrikes in Syria on Tuesday, charging that “indiscriminate attacks” had reportedly caused hundreds of civilian casualties and the displacement of over 100,000 residents.

“We’ve seen a marked and troubling increase in reports of these civilian casualties since Russia commenced its air campaign,” a spokesman for the U.S. State Department said.

The spokesman, Mark Toner, cited reports that “Russian airstrikes in Syria have killed hundreds of civilians, including first responders, hit medical facilities, schools and markets, and led to the displacement of over 130,000 Syrians.”

He added, “These indiscriminate attacks, as I talked about on infrastructure, on medical facilities, on civilians, does hamper the efforts to get that humanitarian assistance to where it is most needed, absolutely.”

Various human rights groups, including Amnesty International, have accused the Russian military of killing civilians in its airstrikes.

In the Facebook post, the Russian Defense Ministry lambasted the State Department’s comments that it was responsible for civilian casualties, calling them “impersonal claims without evidences” and saying that the accusations “resemble performances held by hypnotists.”

The Russian Defense Ministry also accused the U.S. of attempting to “shift responsibility” for American military operations that had resulted in “mass killing.”

The Russian government began its air war against rebel groups in Syria in September in an effort to bolster its ally, Syrian President Bashar al-Assad, during that country’s nearly five-year-long civil war.

Russia and the U.S. are members of the International Syrian Support Group, which is actively promoting a diplomatic solution to end the conflict. Peace talks between the Assad regime and select rebel groups are scheduled to begin in Geneva, Switzerland, in January. ISIS and the al Qaeda-affiliated al Nusra Front will not be participating in the talks.

The State Department spokesman expressed concern that airstrikes on rebel leaders involved in the peace talks complicate “our efforts to bring about a meaningful, political, negotiated settlement, as well as a nation-wide cease fire.”

While criticizing Russia’s role in carrying out airstrikes, the State Department also praised Russia for supporting the peace talks.

“We have at times in the past six months to a year seen Russia play a more positive or more constructive role in the political side of resolving the Syrian conflict,” Toner said.