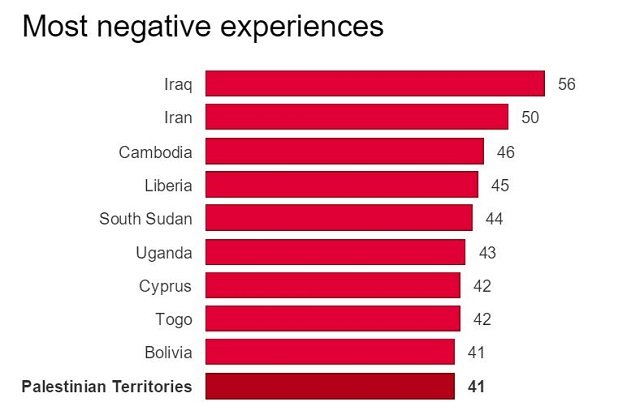 As we have said often on this website, Barack Obama is an angry man. He is the angriest U.S. President ever. Angry Obama has divided our nation and tore it apart.

Guess which two nations came at the absolute bottom in the angriest nations (most negative experience)? Iran and Iraq. This is how The Independent described them:

Iran and Iraq tie for the world’s angriest nations, with 49 per cent of their populations reporting they had recently experienced anger.

An angry Obama wants the angriest nation of Iran to go nuclear. It’s only fitting, right? One angry man helping an angry nation.

We predict that history books about angry Obama will, one day, occupy the same library shelves as those of other angry men in history the world despises if the angry Mullahs take their anger out against Israel.

We predict that angry Obama would go down in history as an anomaly of a man who should have never been given the powers the American people handed him on a silver platter given his anger.

May we celebrate the end of Obama’s presidency with joy and happiness. May we see the Mullahs in Iran all behind bars one day soon and the good Iranian people free from their anger.