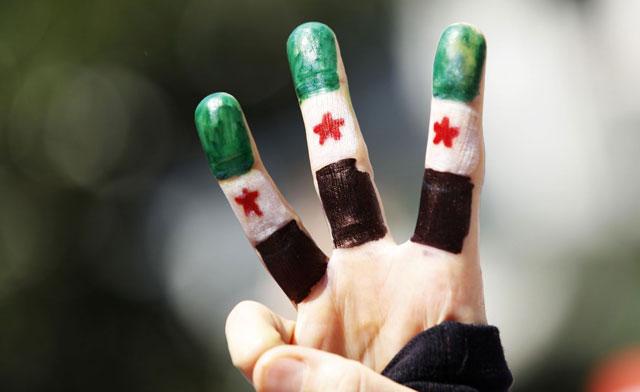 The SNC Unpopularity is Growing

January 9, 2012 9:38 am 0
Could American Power Sink Any Lower?
If Egypt Falls, Syria must follow
Syria Will Bury Khamenei Yet

A video (Account later deleted by YouTube) that starts with an interview of Birhan Ghalioun refuting any military intervention followed by a collage of videos (Some bloody) of Syrians demonstrating for NATO intervention, Syrians injured calling for NATO from their hospital beds, bereaved next of kin, emotionally strung, cursing Ghalioun for refusing NATO, and ordinary filmmakers taking videos of destruction while commenting against the SNC and Ghalioun particularly.

The SNC has lost all credibility in the Syrian street because its aims reflect those of the Arab League, and indirectly the Assad regime itself, for refusing any military intervention while providing no solution to the killing on the street. If the Arab League wanted to discredit the SNC while claiming to support a Syrian opposition, it could not have done a better job.

Further, there is information coming from Tunisia that the SNC meeting is not going well for Ghalioun for refusing any military intervention and there may be a challenge to his leadership. The SNC may select Louay Safi who lives in the US and teaches at George Washington University.

New elections might not save the SNC and Safi may just become another victim. The Syrian street has spoken clearly.

Also, it seems that Birhan Ghalioun may have visited Tehran secretly on a mission in December of 2011, the same month he visited with Sheikh Yussef al-Qardawi of Egypt.

This information has not been independently verified but comes from the inner circle of the SNC.

The SNC Unpopularity is Growing

Syrian Opposition 2.0: Alleviate the Fears of the Minorities, Drop the Arab League
This Is Not the Syria We Are Fighting For
6000 Sunni Jihadists vs. Armed-to-the-Teeth 500,000 Pro-Iranian Terrorists
Syrian Revolution 1335