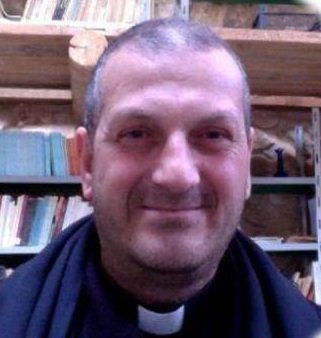 A Syriac Catholic monk and a church volunteer were abducted by masked militants from a monastery in Homs province yesterday, a human rights monitor reports.

Father Jacob ‘Jack’ Murad and Botros Hanna, a church volunteer, were taken from the Mar Elian Monastery in Al Qaryatayn at midday.

Jamil Diarbakerli of the Assyrian Monitor for Human Rights (AMHR) told Christian Today that two masked men approached the monastery and took the men away in a car. “We don’t know who it is [that took them], or where they have been taken,” Diarbakerli said.

Murad, who is about 40, is the president of Mar Elian Monastery and head of Catholic Monastery of Monks in Syria. The monastery has been used as a refuge for those fleeing Palmyra, where Islamic State have declared control this week.

The UN human rights office said today that up to a third of Palmyra’s 200,000 residents may have fled the area around the ancient city.

The latest kidnapping bears some similarity to the abduction of Father Paolo Dall’oglio, a monk kidnapped by Islamic State in Raqqa in July 2013.

The AMHR said that Murad had spent much of his life working for tolerance and peace. Diarbakerli told Christian Today: “Father Jack worked for for many years for dialogue with the Muslims in Syria… for making good contact between Christians and Muslims. All the Muslims in Al Qarytayn and the villages around like him.”

Campaign group A Demand For Action reported the kidnapping on its Facebook page, and posted a translated statement from AMHR.

“We consider the abduction of Father Jacob Murad and, before him, the abductions of Bishop Hanna Ibrahim and Paul Yazici, Father Kayal, Mouawad and Dall’oglio and all other criminal acts intended to stir up sectarian sedition and threaten the Christian existence in Syria,” the monitor said.

“We demand the opposing parties in the Syrian conflict take responsibility and neutralize the civilians from the conflict in addition to making all efforts to free the hostages immediately and reunite them with their families.”

Days before his kidnapping Archbishop Ibrahim told BBC Arabic that Muslims and Christians in Syria were the same boat. He said: “There is no persecution of Christians and there is no single plan to kill Christians. Everyone respects Christians. Bullets are random and not targeting the Christians because they are Christians.”