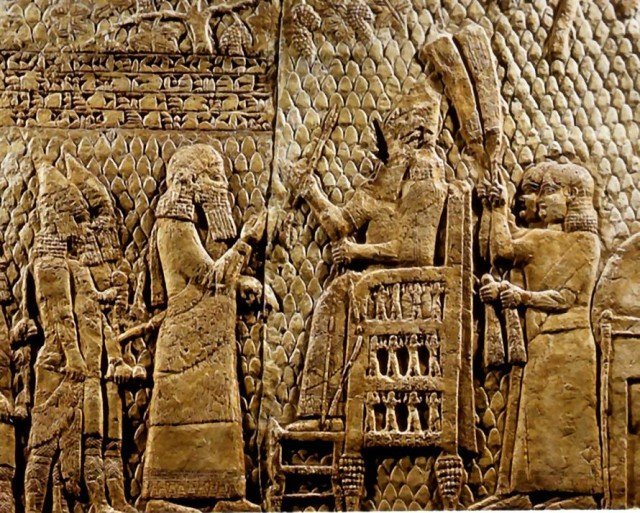 The Assyrians of Syria are suffering from their unconditional support of the Assad regime now entering its fifth year of a bloody civil war.

To the community, we say we understand your fear of the unknown, the violent, merciless Islamists willing to match the Assad atrocities against your women and children, and the international community’s apathy towards the Christians of the Middle East, all have contributed to your support of Assad.

Even with all the negatives surrounding your choices, Christians must remain hopeful in a better Syria that would safeguard your community and protect your faith without the violence Syrians have been accustomed to bearing down on their lives over the last 45 years of the Assad family rule.

We believe that all Syrians, be it Muslims, Christians, Alawites, or Druzes, must look to Lebanon to see the political accommodations we can all construct together to avoid bloodshed and extremism. Syria could have been Lebanon had the Assad regime not ascended to absolute power in 1970. After all, both countries were French colonies, and France left both with almost the same political structures in place.

Today, time has come for the Christians to take a stand by Syria, not one man or one political system. Time has come for the Christians communities to distance themselves from the Assad regime by embracing their own vision of what Syria should look like without Assad terrorizing his own people. Such a vision would cement the community with all Syrians looking to exit the sectarian vicious circle.

At RPS, we believe this new Christian vision for a new Syria will resonate far and wide among Syrians. Whether they are Muslims being subjected to Assad’s barrel bombs, and who are tired of this war, or Alawites paying the highest price for Assad’s violence and terror. Such a vision, possibly anchored by a new proposed constitution, may rally Syrians from all four corners of Syria. Such a vision would place enough pressure on outside parties supporting the war or refusing to let go of Assad to find a solution that would safeguard all Syrians.

The way for us all to defeat ISIS and al-Qaeda is to unite against all terror. Be it Assad’s or ISIS. While the US is doing its part in striking ISIS,  Putin is not doing his in striking Assad who continues to barrel bomb civilians in Aleppo, thus empowering the extremists and feeding their ranks with willing fighters and terrorists.

Our Syria has become a chain of violence with no one willing to break the chain in order to find a sensible solution to our problems. Iran is not going to fare any better for those of us who believe Iranian and Hezbollah support is the answer to our survival. No regime of tyranny lasts.

We urge the Christian communities in Syria suffering from terror to lead Syria out of its misery by seeking to neutralize terror on both sides. Supporting Assad has not yielded the results many have hoped for. Don’t you think it is time to change tactics by leading Syria out of the war?

There is not one Syrian who would not be willing to fight the ISIS and al-Qaeda foreign extremists now amalgamating, as a result of the Assad terror against civilians, if given the chance to end the war with Assad and his tyranny gone. Furthermore, there is not one Syrian who would be willing to let one party control Syria again. Even the Muslim Brotherhood understands the ramification of one vote, one perpetual system of government. Morsi in jail reminds them everyday.

We urge the Christian community to attract the world’s attention towards a solution for Syria and to lead the effort to get Syria rid of all terror and violence; on both sides.

We Syrian-Americans and Syrians will stand by you for your leadership and courage. We will rebuild Syria with you to look like Lebanon where everyone participates peacefully in the prosperity of their own communities by working with each other.

Syria’s future is in your hands. We Muslims, because of our violence (ISIS or Assad or Iran), have either destroyed Syria or failed to save Syria.

The Christian faith is Syria’s savior. It is our only hope now.