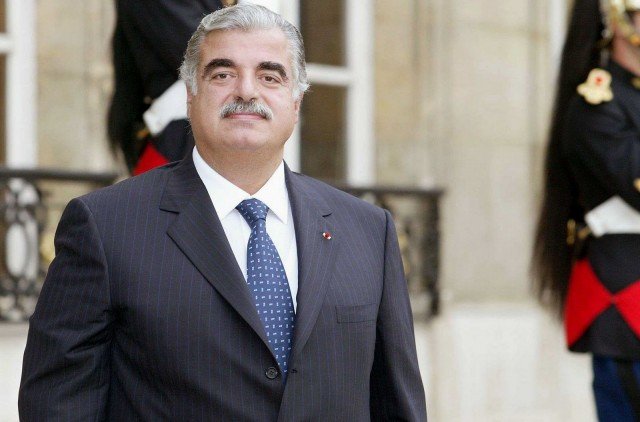 The Christian community in Syria has been supportive, generally-speaking, of Assad and his regime. Under the pretext Assad is protective of their communities in light of the Sunnis aiming to massacre them.

Did Saudi Arabia kill or oppress Lebanese Christians after Rafik Hariri, a Lebanese-Saudi national, became Lebanon’s prime minister? Assad is killing and oppressing Sunnis, which makes him a dangerous target.

Saudi Arabia today is battling ISIS, an organization forged by Assad (U.S. State Department briefing) in order to sell himself as the best alternative. How could the Church see Assad as its protector when his recklessness forged the most dangerous enemy of the Church?

Who is more dangerous to Christians, would you say, Assad or Hariri had he lived? The Christians of Lebanon are safe during and after Hariri partially because Saudi Arabia has much influence still in Lebanon.

Are you safe today with Assad still in power? Assad killed Hariri because his politics uncovered the big lies about the Assad regime that Sunnis are out to kill the Christians.

The Orthodox Church in Syria needs to reassess its politics. Hiding on the coast will not save the Christians of Syria if the regime does not pay for its crimes and the Assad family is not held accountable for its atrocities. Just the opposite, unless total calm comes to Syria, and Iran and Hezbollah no longer can dictate Syria’s policies of terror, Saudi Arabia cannot extract the concessions necessary to keep everyone at bay.

Syria’s Christians must place their trust in Saudi Arabia the way the Christians of Lebanon did before them because the answer to the question did Saudi Arabia kill or oppress Lebanese Christians is a resounding NO. The Kingdom does not support terror. Iran and the Assad regime cannot survive without terrorizing others.

You all know Assad was the source of terror in the region. You know about his torture chambers and about his sarin and chlorine gas attacks. How could such a man protect the Christians if he cannot protect himself from the crimes his family committed for 45 years? Did Saudi Arabia kill or oppress Lebanese Christians is the question you should ask yourselves.

Nobody wants to see terror win. And since Saudi Arabia is fighting the Iranian and ISIS terror simultaneously, this makes the country a partner for any Syrian looking for peaceful co-existence.

The Orthodox Church in Syria must open channels with the Saudi Ambassador to Lebanon Ali Saeed Asiri to seek answers to their burning questions. The Assad ship is sinking and it behooves the Christian communities of Syria to find the right balance to protect themselves from ISIS, and any other Sunni rebels Saudi Arabia is funding and arming today to oust Assad.

Only by working with Saudi Arabia who controls the rebels can the Christians of Syria find peace.