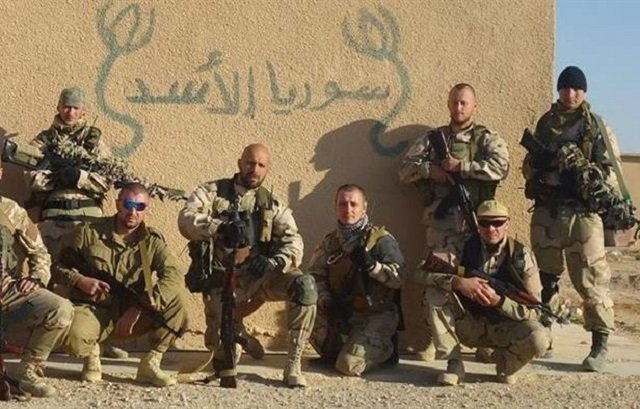 Al-Watan reported that Russia has dispatched military advisors and seeks to build a base in Jableh.

A pro-Damascus newspaper has reported that Russia is expanding its military presence in Syria, with the aim of building a military base in the Latakia region as well preparing for a potential “Russian operation.”

Syria’s Al-Watan newspaper said Wednesday that in past weeks “many [Russian] military advisors have reached Damascus,” echoing earlier accounts in pro-opposition outlets that Moscow had dispatched military crews to the regime’s coastal heartland.

On August 12, Souria Net reported that a Russian technical crew had been scrambled to the outskirts of Latakia, specifically in the village of Slanfeh, to bolster the regime’s defensive lines as the Islamist Army of Conquest in the nearby Al-Ghab plain threaten to advance on Alawite population centers.

For its part, Al-Watan claimed that the recently dispatched Russian military advisors had “proposed building a second military base in Jableh,” a small seaside town located 25 kilometers south of Latakia.

The pro-regime outlet added that “Russia has [also] begun to supply Damascus, for the first time, with satellite imagery.”

“Long-awaited over the past five years, this decision will turn the military situation on its head,” the daily touted.

The newspaper also reported that Russian military experts in Syria “have set about gathering a large amount of information that will make it possible to study the potential deployment of international forces under the patronage of the United Nations.”

However, Al-Watan alluded that the purported Russian intelligence gathering efforts could have a far different aim.

“[The Kremlin] will study the potential launch of a separate Russian operation as well as another joint [operation] with the Collective Security Treaty Organization, which will convene in Tajikistan’s [capital city] Dushanbe on September 15,” the paper said, without elaborating further.

The head of Russia’s Airborne Troops made waves on August 4 when he expressed his willingness to deploy the elite force to Syria for counter terror missions, days after Moscow blasted Washington’s decision to provide air cover for US-trained rebels.

The country has doubled down its support for the Syrian regime since the start of the uprising in 2011, providing Syria with not only diplomatic support in the UN Security Council, but weapon systems, ammunition and hard currency.

Russia also reportedly maintained a facility at the Tel al-Hara observation base in Syria’s Quneitra near Israel which collected intelligence on Syria’s neighbors.

Is Valerie Jarrett a Spy for Russia Too?
No United Nations Trigger System to Save Lives
Syria Will Bury Khamenei Yet
Putin Terror 435 Syria News 1210 Syrian Revolution 1352