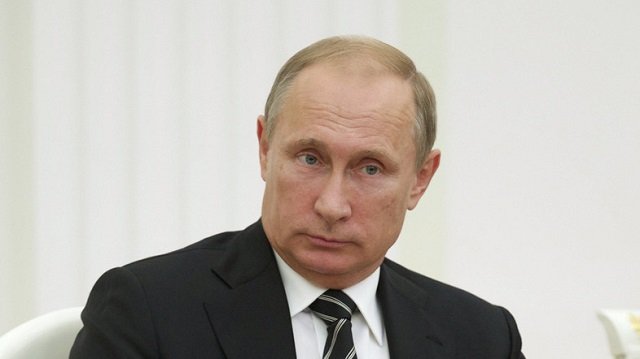 September 24, 2015 10:14 am 0
Obama claims his critics forced him to make a mess of Syria
Obama Officials Are Spreading Propaganda to Demoralize Syrian Opposition
Gen. Dempsey grilled about U.S. policy in Syria

Not even the GOP recognized the lameness of Barack Obama. However, Vladimir Putin, who knows how to use power, is dealing with Obama as a lame, non-existent, easy-to-humiliate duck.

In response to a request for a meeting by the White House between Vladimir Putin and Barack Obama, Putin rebuffs Obama claiming it was too early.

This how AFP redacted the story

The Kremlin said on Thursday it was too early to speak about a possible meeting between Russian President Vladimir Putin and U.S. President Barack Obama next week in New York, or topics for discussion.

Kremlin spokesman Dmitry Peskov also told journalists on a conference call that there have been “certain agreements” made between Russia and Israel about coordinated military actions over Syria.

This is how inconsequential Barack Obama is making America look on the world stage. Putin rebuffs a meeting on U.S. soil with a U.S. President is the ultimate sign of disrespect and humiliation.

Of Vacuums and Mass
For Obama, Chlorine Gas is Not a Weapon. It Is What White Folks Use in Their Swimming Pools
Obama is Complicit in Starving Syrian Civilians
Slippery Barack Obama 976