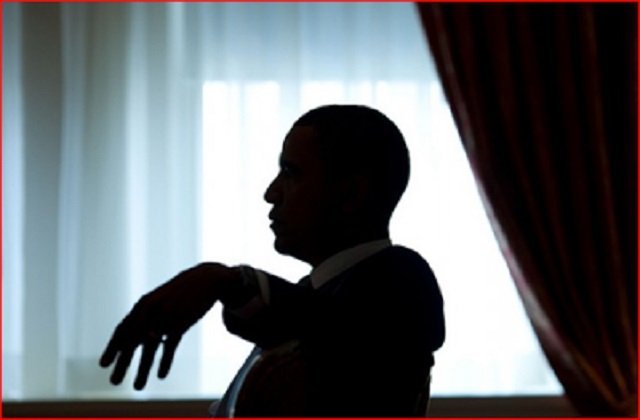 Out of sight but not out of mind

No other American presidency has been shrouded in so much secrecy as the Barack Obama presidency. Whether the US-Iran deal no one yet knows its wordings or the Trans-Pacific Partnership the White House has declared classified, this president works in the shadows of darkened rooms and corridors.

Since when trade agreements between countries could be harmful to national security if made public?

Obama seems out of sight but not out of mind. The damage his policies have exacted on U.S. interests in the region continue to provide terror a Carte Blanche to rear its ugly head almost everywhere, but especially in the Middle East where upheaval has become the norm.

There is a big difference between the US sending its troops in harm’s ways, which no American wants, and ill-advised policies, which embolden terror for lack of good judgment and out of sheer ignorance. Nothing exemplifies the state of affairs today like the stubborn appeasement of Iran Obama has embarked upon while the Mullahs continue expanding into the region and terrorizing peaceful countries.

Recently, the White House dispatched the USS Roosevelt, a ‘big stick’ aircraft carrier, to the region off the coast of Yemen. This is the first time we see the President do something right in almost 7 years of his presidency. Mind you, maybe Obama obtained some guarantees or promises from Saudi Arabia in return for the US show of force. Three days before the USS Roosevelt was ordered to the region, Obama and King Salman spoke on the phone.

Nonetheless, the USS Roosevelt sent the Iranian convoy of eight ships carrying weapons to the Houthis scurrying back to their ports.

So while this president seems out of sight but not out of mind, we should be wary of what other secret agreements, accommodations, or deals this president is cooking behind the scenes. Especially in the Middle East where his continued support of Iran has become a priority for this president.

We know enough about how Obama operates to keep our eyes and ears open, and never keep him out of our minds.

Out of sight but not out of mind