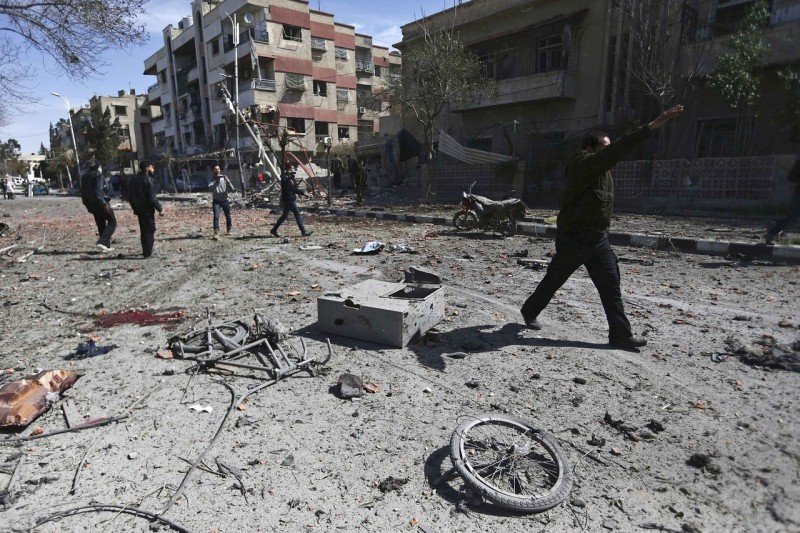 BEIRUT—Forces from the group calling itself Islamic State launched a fresh offensive to overrun a string of Christian towns in northeastern Syria on Saturday, setting off violent clashes with local fighters mobilized against the militants.

A mixture of Assyrian Christians and Kurds fought off the Islamic State assault, activist groups said, just a week after extremists took about 250 people in the area—many women, children and elderly men.

The contested towns are along the Khabur river in al-Hasaka province, a strategic gateway that would help Islamic State consolidate territory it holds in Iraq and Syria. The population of the area is predominately Christian, while the Kurds are a minority.

The assault was launched at about 3 a.m., local time, on Saturday. Militants lobbed mortars rounds, while their ground forces tried to overwhelm Assyrian and Kurdish forces, according to the Syrian Observatory for Human Rights and other groups.

Islamic State’s main objective was to take Tal Tamr, which hosts a major bridge that traverses the Khabur river. If the bridge is taken, it would give the extremists a corridor to Mosul, Iraq’s second-largest city, which was captured by the militants in June.

Iraqi forces, with help from U.S.-led allies, are preparing to retake Mosul in the coming months. By overrunning Tal Tamr, Islamic State would be able to reinforce its presence in Mosul from its power base in Syria.

“If ISIS wants to go east toward the Iraqi border, the only corridor they have is that bridge [in Tal Tamr.] Of course, they don’t mind cleaning the area of Assyrians while they’re at it,” said Osama Edwards, the director of the Assyrian Network for Human Rights. Islamic State is also known by the acronyms ISIS and ISIL.

Assyrians are a largely Christian ethnic group originating in and around the ancient land of Mesopotamia.

Meanwhile, up to 1,000 Islamic State fighters are involved in this latest offensive with about 1,000 Kurdish militants and a few hundred Assyrians resisting, Mr. Edwards added.

Mr. Edwards is based in Sweden but is in touch with local people, including family members, who are currently fighting the assault.

Kurdish and Assyrian forces are ill equipped, Mr. Edwards said. He and other activists have been lobbying the international community for help, with what they say is little response so far. They plan to meet western officials in the coming week to push their case for military intervention.

Islamic State late last month overran several villages outside Tal Tamr, capturing the 250 people. Since then, about two dozen women, children and old men have been released, Mr. Edwards said, after paying a ransom to Islamic State. “It’s not ideal, to give money to these people. But when it comes to Assyrian lives, what are you supposed to do?” Mr. Edwards said.

“The Syrian regime is just watching as Islamic State takes over these towns, one by one. Their forces are just sitting in Kawkab [military] base” nearby, he added.