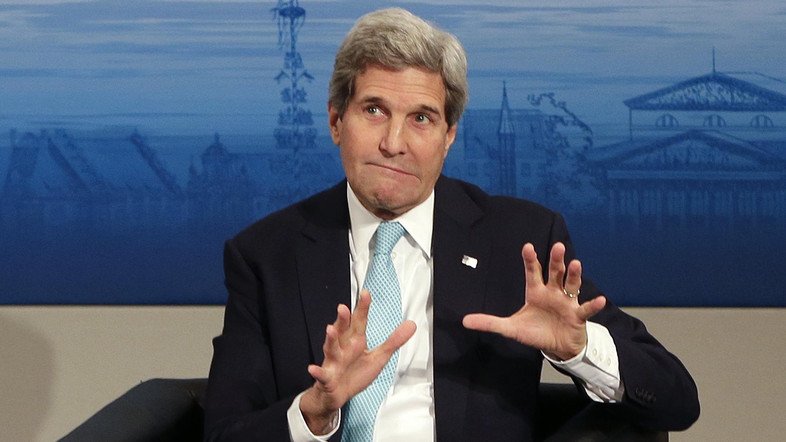 A deal announced by global powers to work toward a cease-fire in Syria was met with skepticism and defiance by the warring sides as well as confusion over what areas it would cover and how quickly aid would be delivered in the meantime.

The plethora of details yet to be worked out, and the limited success of previous truces in Syria, tempered hopes for a breakthrough to end the five-year conflict. It wasn’t clear even if the deal covered Syria’s biggest city of Aleppo, around which a regime offensive has created tens of thousands of new refugees.

State Department spokesman Mark Toner said the agreement reached early Friday is “self-policing,” and while the U.S. hopes it will take effect in a week, it is unclear if world powers will be able to get the parties to enforce it.

“When, and if, in a week’s time we get to that cessation of hostilities…we will know who is a party to that, who’s on the side of the terror and who isn’t,” Mr. Toner said. “If we can get there in a week, that would be I think a significant accomplishment.”

Neither Syrian [psychopath] Bashar al-Assad nor the opposition has formally approved the deal, which was hammered out in Munich by countries supporting either side, including the U.S., Russia, Iran, Saudi Arabia and Turkey.

Mr. Assad kept up a defiant tone. He vowed to recapture all of Syria and defeat his opponents—rebels and Islamic State militants—in an interview with the Agence France-Presse news agency released Friday but conducted a day earlier.

The foreign minister of Saudi Arabia, a main state backer of Syrian rebels, said Friday his country remains resolved to dislodge Mr. Assad as the only way to defeat Islamic State.

Meanwhile, Russian President Vladimir Putin, who gambled that he could reverse the collapse of the Syrian regime when he launched his air war last year, achieved a key goal.

The agreement gives Mr. Putin and his allies crucial time to consolidate recent gains on the battlefield around Aleppo and solidify a pro-regime bastion, thus deterring any near-term effort to force Mr. Assad to step down.

Western officials say they are losing patience with Mr. Putin, accusing Russia of in effect pushing more-moderate Syrian opposition into the arms of Islamic State.

The regime’s offensive helped scuttle peace talks in Geneva early this month, and the Kremlin’s pattern of obfuscation—for instance, sending troops in unmarked uniforms to occupy Crimea while maintaining deniability—have left many skeptical of the latest diplomacy.

Under the deal, one task force was set up to oversee the delivery of humanitarian aid to besieged cities and another, chaired by Russia and the U.S., will define the terms of the cease-fire and implement it over the coming week.

The aid task force met Friday in Geneva, but there were no signs of imminent deliveries or details of how they would be carried out.

Jan Egeland, a senior adviser to the U.N. special envoy on Syria, said afterward that requests had been submitted “to the parties surrounding besieged areas” seeking “access without delay.”

The U.N. statement said deliveries would be made to half a dozen towns, including Deir Ezzour, which is besieged by Islamic State in the east, two Shiite-majority villages in Idlib province previously besieged by rebels, and some rebel-held towns besieged by the government around Damascus.

It didn’t mention the city of Aleppo city or its immediate surroundings, where aid officials say the humanitarian situation is deteriorating under the pro-regime offensive, backed by Russian airstrikes.

Senior U.S. and European officials said talks on opening up humanitarian corridors to besieged communities in Syria will take place in Geneva.

Meanwhile, talks to be led by U.S. Secretary of State John Kerry and Mr. Lavrov will define what areas in Syria are held by Islamic State and Nusra Front—which both sides view as terrorists—and thus excluded from the cease-fire.

The officials acknowledged that differences remain over the status of Aleppo. Russian officials have said they are targeting terrorist groups in the city, indicating that they believed they should be allowed to continue hitting them. The Obama administration believes Moscow is seeking to rout rebel groups it supports, and Washington wants the cease-fire to cover there too.

“There’s this concern that the Russians have a broad definition of terrorists and are going to essentially continue striking what they consider to be terrorist targets,” said a senior U.S. official who took part in the Munich talks.

The widespread presence of Nusra Front, an al Qaeda-affiliate, on the battlefield is a major complication for the cease-fire. It works alongside other non-jihadist rebel groups and lives among civilians—including in and around Aleppo. Many in the Syrian opposition don’t view it as a terrorist group.

Mr. Assad said in the AFP interview that he supported peace talks but he would continue to fight to bring the whole country back under government control. “If we negotiate, it doesn’t mean that we stop fighting terrorism,” Mr. Assad said.

By Friday evening, activists and residents in Aleppo province said there was no sign of any de-escalation in a pro-regime offensive there.

Syrian opposition leaders and rebels across the country said they doubted a cease-fire would even begin, let alone hold.

“How can I trust a cease-fire agreement and today, we have casualties from airstrikes on Anadan, Hayan, Hraytan, and Tal Rifaat?” said activist Yasin Abu Raed, listing towns in Aleppo province. “The entire Syrian population doesn’t take these things seriously anymore.”

The Munich accord came after the Aleppo offensive put the rebels at a severe disadvantage and sent tens of thousands of people streaming toward the Turkish border, widening a humanitarian crisis within the country and raising fears of a new refugee exodus.