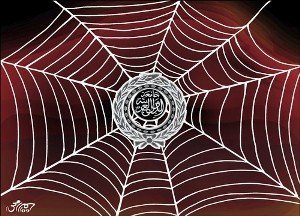 December 19, 2011 1:00 pm 0
Russian Policy of Raping Muslim Women
The Dealers of Hope
Two Reasons Why the West is Not Acting on Syria

The Assad regime signed a sort of a treaty of peace, proposed by the Arab League, that would permanently secure the Assad’s rule. Intended to position Arab observers to stop the bloody 10-months Rebellion, it is the first Arab initiative to save another Arab regime without western interference. The Arab League rescues Assad and the Syrian opposition frolics in Tunisia.

According to this Arab effort, Arab observers would be geographically located in hot spots to act as a buffer between the Assad security men and the recently armed Syrians fighting for their survival.

Details of this treaty have not been made public, but if I had to guess, the make-up of these Arab observers will be one of the most difficult issues to agree upon between the Arab League (Mostly Sunnis) and the Assad regime (Off-shoot of Shia). A nod to agreeing is just a nod. The Assad regime will delay implementation as it hammers out the finer details.

While negotiations over these details excogitate, the regime will not stop killing. The regime intends to murder by firing squads a number of defectors it caught in Rastan the last few days and the Arab League omitted from their negotiations to even ask for their amnesty. Israel saves Shalit and the Arab League ignores deaths to lead. This is a snapshot of the swamp I call the Middle East.

Skeptics like myself believe Assad is just buying time to recollect and rest before he unleashes another hellish episode to control the Syrian street once and for all. The Arab League knows it well because the rulers in this swampy club are of the same fabric and any country facing the same fate would have acted in exactly the same fashion.

Meanwhile, the Syrian opposition associated with full regime change are in shock. Those who have partnered with the Syrian National Council — it’s a Council after all, not a Transitional anything — in the hope they can share power with the Assad regime are asking questions behind closed doors (in Tunisia), and those who knew all along what the outcome will be are voicing their skepticism vocally in the hope they can hide their deceptive practices.

The Dealers of Hope
Western Officials Need to Rethink Their Strategy of Trusting the Arab League
Message to the CIA: When the Attack Dog is at Your Throat, Don’t Fiddle with his Cage Key
Syrian Revolution 1335