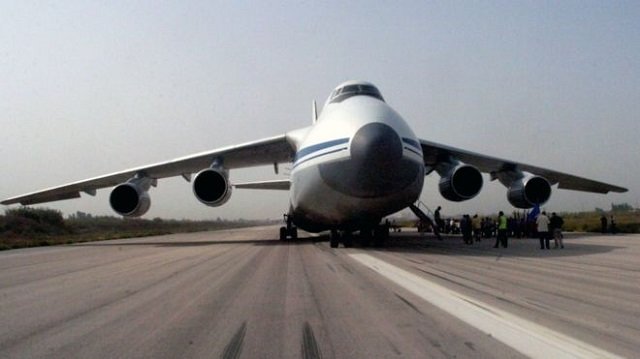 Russian Build-up in Syria is Immense

September 26, 2015 9:02 am 0
Putin Installing S-300 in Syria May Start a Major War
In Syria’s War, Who Holds What Cards Against Whom
Russia Will Continue Killing Civilians in Syria

Russia kept up its military buildup in Syria on Saturday with a fresh transport flight into a new airbase in the heartland of its regime ally, a Syrian military source told Agence France Presse.

It was the 15th straight day that a Russian transport aircraft had flown in troops and equipment to the Hmeimim base in Latakia province on the Mediterranean coast, the source said on condition of anonymity.

“For the past two weeks and again today a Russian cargo plane has landed every morning at Hmeimim,” the source said, adding that they all had fighter escorts.

Russian build-up in Syria is far more important than we are led to believe. Once Russia secures Assad permanently, who is to say the Russians won’t threaten U.S. allies or submit them to Putin’s will?

U.S. satellites have recorded increased activity by Russian forces at the base inside the Bassel Assad civil and military airport.

Washington and NATO say that recent spotting of helicopters, bombers, ground attack aircraft, tanks and soldiers prove that Russia is building an airbase.

If such a Russian build-up is officially verified — and more importantly deployed — it would be the Russia’s first military engagement in a distant theater of war since the Soviet intervention in Afghanistan in 1979.

“Russia wants to remind the U.S. that its relations with Damascus date back more than 50 years and that this country is in its sphere of influence,” the official said.

Russian Build-up in Syria is Immense