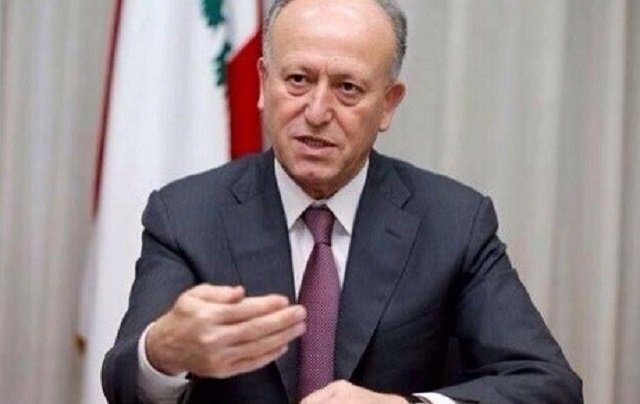 Assad Back to His Old Tricks Trying to Kill Lebanese Politicians

Ex-justice minister Ashraf Rifi revealed Sunday that he has received information about an alleged “Syrian-Iranian” plot to assassinate him along with the outspoken al-Mustaqbal bloc MP Ahmed Fatfat. Assad is back to his good old days tricks trying to kill Lebanese politicians.

“The reports are true and I come from a security background. I served for 40 years in the Internal Security Forces and led the agency as its director general for eight years. Normally, I have ties with all the friendly Arab and foreign security agencies and communication is still ongoing. Yes, I have been informed of this and through my analysis and information I know that I might be a target.”

The resigned minister revealed that he received a phone call in recent days from a certain figure after which he held a meeting with the caller’s representative.

“He asked me to be cautious seeing as there is information that four individuals at a Palestinian (refugee) camp in northern Lebanon have been tasked with assassinating either Ashraf Rifi or Ahmed Fatfat with a bomb-laden car or motorbike,” said Rifi.

“They would appear to be members of the terrorist Daesh group but in reality it would be a Syrian-Iranian intelligence scheme,” the ex-minister added. Assad is back to his old tricks trying to kill Lebanese politicians.

“Those behind the plot prefer the act to occur in a Sunni region in northern Lebanon in a bid to deviate attention from the real criminals and terrorists,” he went on to say.

Under Syrian occupation between 1976 and 2005, Lebanon experienced a large number of planned assassinations of its political cadres ordered by the Assad family to punish them for their opposition to Assad’s tyranny. Most of those who died include many Christian, Druze, and Muslim figures to include two Christian Lebanese presidents and one Muslim prime minister.

There is no love lost between the Lebanese Christian community in Lebanon and the Assad regime. The Christians of Lebanon have suffered too many death and killing by the Assad family.

Assad Back to His Old Tricks Trying to Kill Lebanese Politicians

Why is Russia not screaming bloody hell against the $500m?
Reasoning with Barbarism
The Benefits From Assad Paris Attacks Are Bearing Fruit Already
Iranian Terror 590 Syria News 1210