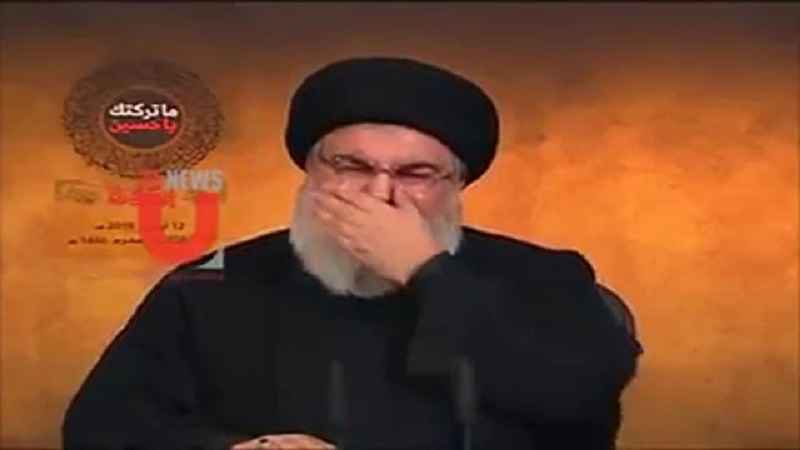 You Will Not Believe the Latest Hezbollah Cruel Joke

You will not believe the latest Hezbollah cruel joke against the Lebanese people. Nasrallah of Hezbollah announced on al-Manar TV that it is willing to make sacrifices for Lebanon. No kidding. After all this time making sacrifices for Iran, Hezbollah saw fit to make such an announcement at this time as the Lebanese people are beginning to question its origins, its goals, and its agendas.

Imagine that Hezbollah, born post-Iran Revolution of 1979, 100% funded by Iran, takes its marching from Iran, and represented by 100% by its all Lebanese members, says it is willing to sacrifice for Lebanon. Does that not sound to you like the cruelest of jokes that a Lebanese organization says it sacrifices itself for Lebanon? Should that not be taken for granted? Should the sacrifice not be so normal as never to bother mention it for fear of sowing doubt?

Iran, for her part, emphasized the Hezbollah’s sacrifice by promoting it on its IRGC extended news propaganda arm the Tansim News Agency. In Iran, everything runs in a circle. IRGC to Tansim, Tansim to Hezbollah, and Hezbollah to Iran … Sorry to Lebanon.

Next time you hear Hezbollah say it is willing to sacrifice for Lebanon, feel free to cry if you are Lebanese, and laugh if you are not.

LET US LIST THE SACRIFICES HEZBOLLAH MADE FOR LEBANON SO FAR

Dear and good Lebanese people, Hezbollah exists only to serve Iran. Not to sacrifice itself for Lebanon. It only sacrifices to serve the interests of the Ayatollahs in Tehran. Do you understand now why we titled this article “You will not believe the latest Hezbollah cruel joke”?

Hezbollah is a religious extremist terror group and sees itself as Shiite before it sees itself as Lebanese. The same way DAESH and al-Qaeda see themselves as Sunni Muslims before their admit their national identities. This is why its loyalty is first to Iran, and not Lebanon.

When Iran spreads its wings across all the Arab countries and builds a new empire, it will not be called the Arab empire. It will have a religious name or meaning. One that adheres to the Shia Wilayat al-Faqih or Guardianship of Islamic Jurist.

Next time you hear Hezbollah say it is willing to sacrifice for Lebanon, feel free to cry if you are Lebanese, and laugh if you are not.

You Will Not Believe the Latest Hezbollah Cruel Joke