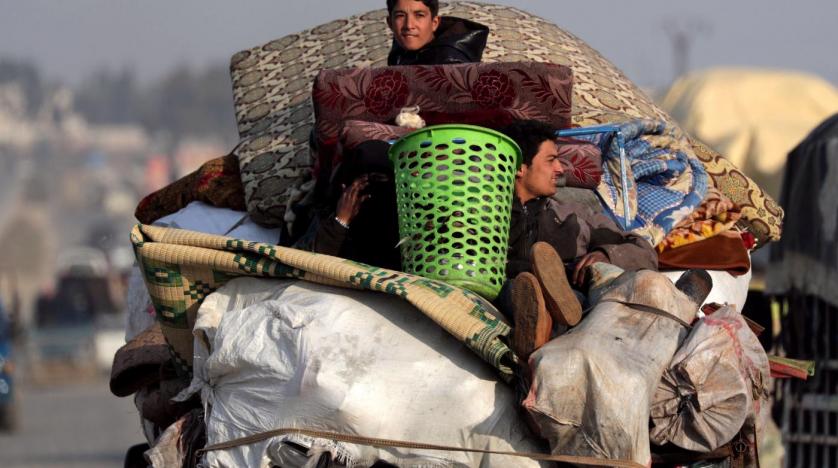 President Tayyip Erdogan said on Friday that Turkey may launch a military operation into Syria’s northwestern Idlib province if the situation is not resolved immediately. As attacks by Russia-backed Syrian government forces risked a new wave of refugees, will Turkey save Idlib from the terror of Assad and Putin?

Assad’s forces, which Russia fully backs, have rapidly advanced on Idlib. They have taken dozens of towns, including the key city of Maarat al-Numan.

The recent campaign has also raised tensions between Ankara and Moscow. Each backs opposing sides in the conflict. Turkey fears a fresh wave of migrants from Idlib and has 12 observation posts in the region. They are part of a 2018 de-escalation deal that Erdogan says Russia is now violating.

WILL ANKARA USE ITS MILITARY?

Speaking in Ankara, Erdogan repeated Turkey could not handle a fresh influx of migrants. He said Ankara will not allow new threats near its borders, even if it meant resorting to military power, as it did in its three previous cross-border operations in northern Syria.

We will do what is necessary when someone is threatening our soil. We will have no choice but to resort to the same path again if the situation in Idlib is not returned to normal quickly.

He also appeared to hold out the option of another operation in northeastern Syria, where in October Ankara targeted the Syrian Kurdish YPG militia that it calls a terrorist group.

We will not refrain from doing what is necessary, including using military force.

Later on Friday, the Kremlin said Russia was fully compliant with its obligations in Idlib. It added that it was deeply concerned about what it said were aggressive militant attacks on Syrian government forces and Russia’s Hmeimim air base.

Last week, Russia claimed the rebels attacked Assad forces but observers on the ground disputed the attacks. The Russian Air Force has mostly been attacking civilians in hospitals, schools, and markets.

Turkey, which has backed some rebels fighting to oust Assad, currently hosts more than 3.6 million Syrian refugees. Erdogan has repeatedly called for Assad to step down; even while Iran, Russia and Turkey have said they seek a political solution to the conflict.

We will not allow the regime to put our country under the constant threat of migrants by tormenting, attacking, spilling the blood of… its people.