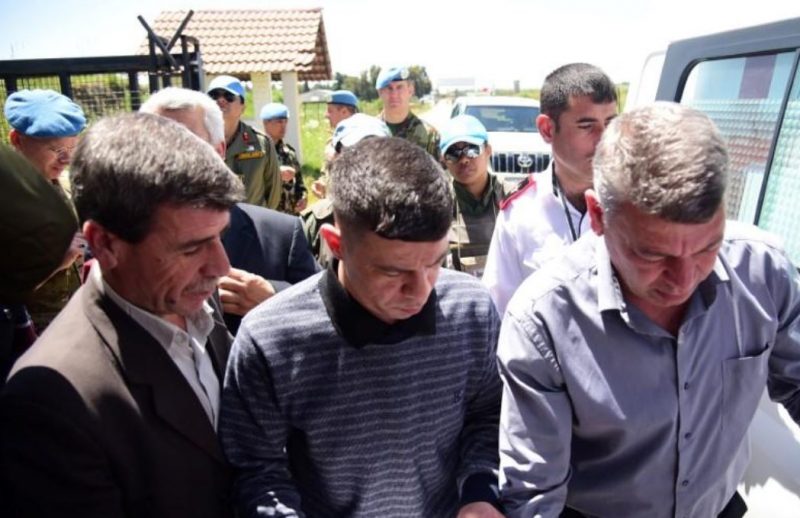 Israel released two prisoners on Sunday, sending them back to Syria in what Damascus described as Russian-mediated reciprocation for the repatriation of the body of a long-missing Israeli soldier. Will Israel prisoners release lead to normalization with Damascus?

Russia, a key Damascus ally, handed Israel this month the remains and personal effects of Zachary Baumel. Baumel was declared missing in action along with two other Israeli soldiers following a 1982 tank battle with Syrian forces in Lebanon.

The Israeli military said in a statement that two prisoners were transferred to the International Committee of the Red Cross. The one located at Quneitra crossing on the armistice line with the Syrian Golan Heights.

Israel jailed Khamis, a member of the Fatah faction, in 2005 after trying to attack an Israeli army base. It jailed Taweel in 2008 for drug smuggling.

Israel’s minister for regional cooperation, Tzachi Hanegbi, said the prisoner release did not constitute a swap with Syria. Israel still considers Syria an enemy state. Hanegbi, however, voiced hope it might help with the recovery of other Israelis lost in past wars.

If with a gesture like this we leave the Syrians with less of a sour taste, then that is a positive thing.

WILL ISRAEL NORMALIZE WITH ASSAD?

Hanegbi worrying about “sour taste” and “positive thing” with a mass murderer does not bode well for the Syrian people. It is a sign Israel is willing, behind-the-scenes, to possibly normalize her relationships with Damascus. A gesture that Russia might be facilitating diplomatically in the hope Israel uses its lobby in Washington to ease Assad sanction pains.

Russia is working hard to protect Assad. Putin is reasoning that Israel could play a pivotal role if both parties pick the low-hanging fruits over the far-reaching ones.

The reversal of fortunes in Sudan and Algeria for their leadership is pointing to continued restless Arab youth. One that seems to be unwilling yet to give up on its Arab Spring.

It would be counter-productive for Israeli leadership to assume that the possible normalization with Damascus might lead to more security.

As Europe and the U.S. see transformational politics that increase antisemitism, not far behind are liberal Arabs. These youthful revolutionaries, to include Syrians, want to see Israel as defender of human rights, instead of the entity to institutionalize Arab despotism and oppression.

On that score, Israel has done plenty during the war to assist medically all those Syrians in need of assistance.

However, like the Middle East needs reforms, it also needs its very own Abraham Lincoln. Will Netanyahu step up to fill these shoes?