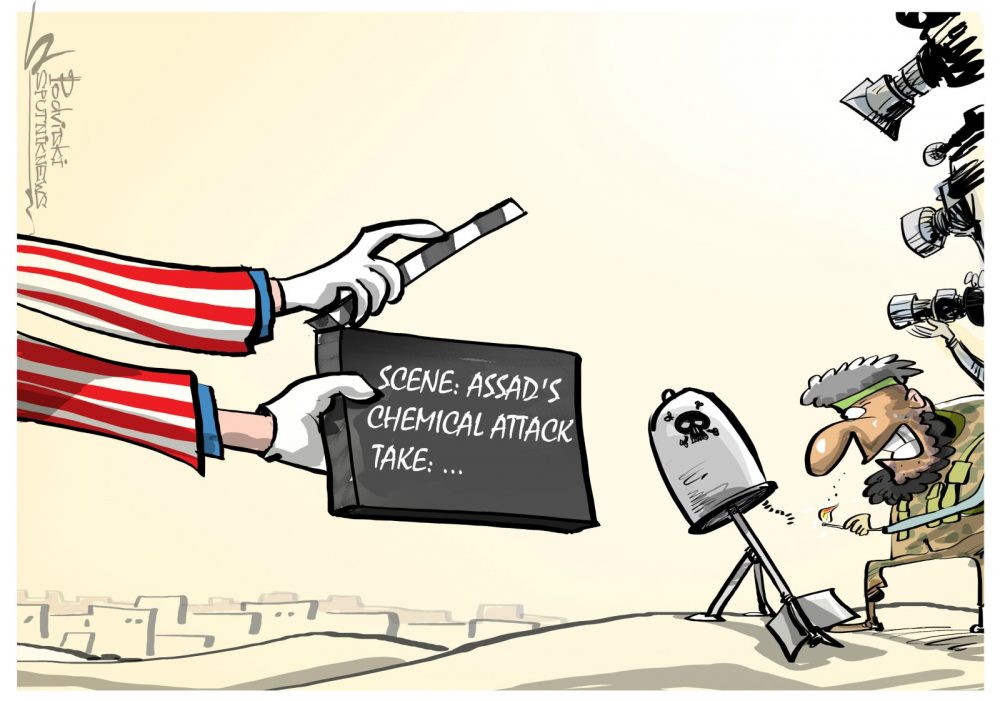 Will Assad Ever Stop Gassing His Own People?

U.S. Secretary of State Mike Pompeo said on Thursday that the United States had concluded the government of dictator Assad had used chlorine as a chemical weapon in an attack in May during a battle with insurgents in Idlib. Will Assad ever stop gassing his own people?

Pompeo told a news conference in New York, where he has been attending the United Nations General Assembly.

The Assad regime is responsible for innumerable atrocities, some of which rise to the level of war crimes and crimes against humanity. Today I am announcing that the United States has concluded that the Assad regime used chlorine as a chemical weapon on May 19.

The United States said in May it had received numerous reports that appeared consistent with chemical exposure. It happened after an attack by Syrian government forces in northwestern Syria. Today, the U.S. rendered its conclusion that Assad used chemical weapons.

The United States, Britain and France launched air strikes in April 2018 against what they described as three Syrian chemical weapons targets in retaliation for a suspected gas attack that killed scores of people in a Damascus suburb earlier that month.

Apparently, Assad rebuilt his chemical capabilities and is using it again against civilians. In 2018, the U.S. claimed it destroyed Assad WMD factories.

Speaking to reporters, U.S. Syria envoy Jim Jeffrey said four people had been wounded in the May attack. He added Washington’s response would be proportionate, although he declined to elaborate.

Given the record of what happens if you use chemical weapons during Trump administration, it’s really hard to believe that somebody would have been foolish enough to do that without a very high level of clearance.

Assad launched an offensive at the end of April this year on Idlib and parts of adjacent provinces.

Pompeo declined to even state what the U.S. response might be.

This is different in some sense because it was chlorine … but know that President Trump has been pretty vigorous in protecting the world from the use of chemical weapons.

Asked whether Paris had formed the same conclusions as Washington, French officials in New York declined to comment.

Will Assad Ever Stop Gassing His Own People?