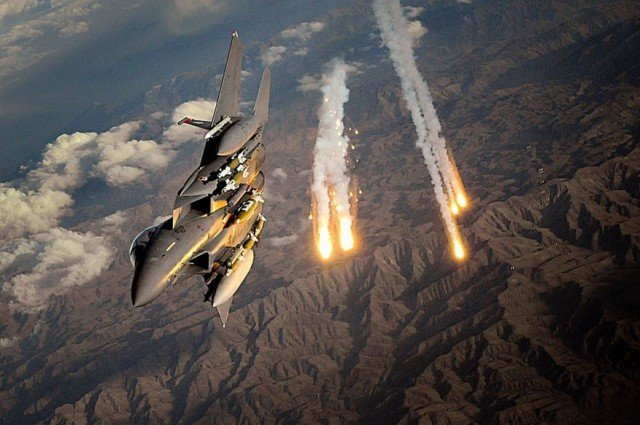 Why Would Assad Object to U.S. Battling ISIS?

Syria’s deputy foreign minister criticized a new US program to train moderate rebel fighters in Jordan aimed at battling ISIS (Daesh), saying it will only fuel terrorism and further complicate efforts to reach a political solution to the country’s long and brutal civil war.

There are several reasons why would Assad object to U.S. battling ISIS.

One is the regime believing this force could eventually bring law and order to Syria once Assad is deposed, which means the endgame is an Assad-less Syria. Whether a force of 15,000 moderate Syrians is enough to battle ISIS while Assad is in power, or whether the force is sufficient to dictate law and order in the future, it is obvious the Assad regime is opposed to any U.S. training or interference even if ISIS is the target.

Another reason is because it serves the interests of Iran to have ISIS play a role in the region. It is an insurance policy against regime change in Syria if Western powers are concerned about the alternative to Assad or the stability of Syria in a post-Assad era. In fact, it was Assad who forged ISIS in the first place hoping it makes his regime of terror more palpable than the fanatic Muslims beheading westerners.

The third reason has to do with the fear both the Iranian regime and Assad’s they have of U.S. interference in the region by training troops they can rely upon, and even manipulate, to serve U.S. interests without having to commit any U.S. boots on the ground.

Any acts of terror, the likes we have seen in Iraq against U.S. troops, would have little impact on U.S. policy in the region should IED’s suddenly begin killing Syrian troops trained by the U.S. As Iran proxies its war, those U.S trained moderate Syrians are a U.S. proxy.

Mainly because it eradicates extremism, an Assad tool, it perpetuates U.S presence in the region, and it will render any acts of terror that Iran will pursue against these troops inconsequential to US policy directives and imperatives.

How Jihadists Slip Through Europe’s Dragnet and Into Syria
Explaining why ISIL attracts Muslims from the US and the EU
Mr. President, should you not do more to protect the civilians?
Radicalism 564