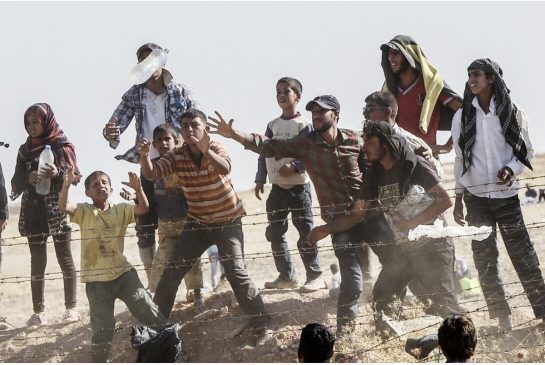 Why Syria is Going to Get Worse

June 12, 2015 10:51 pm 0
One Town Buries 20 Alawites Fighters in 48 Hours
In-fighting Among Assad Loyalists on the Rise
In The Middle East, Democracy is the Real Enemy

Source: The Star – by Mitch Potter (Why Syria is Going to Get Worse)

Syrian Bashar Assad’s days aren’t exactly numbered. Not yet, not for a while. But after four years of bludgeoning civil war, a major shift is finally afoot, with Assad’s hold over Syria shrinking, town by town, toward the hard kernels of the regime.

It’s more than just ISIS making gains as Assad’s Syria retrenches. Also front and centre is the Islamic State’s arch-rival, the fellow jihadis of al-Nusra Front — Al Qaeda In Syria — whose attempt to rebrand as the not-nearly-as-bad-guys is now being put to the test.

On Wednesday night, that test appears to have failed miserably — some might say predictably — amid reports that a rogue gang of al-Nusra fighters killed some two dozen Syrian Druze villagers in the mountain hamlet of Qalb Lawzeh.

Details of the firefight in rural Idlib province remain unclear. But for the broader Druze minority — and the Syrian Alawites and Christians trapped beneath Assad’s buckling military umbrella — the clash was quickly interpreted as precisely the sort of sectarian massacre they have feared all along.

The secretive Druze faith, like the larger Alawite minority to which Assad belongs, is an ancient offshoot of Shiite Islam. Apostates in the view of many of the Sunni Muslim hardliners fighting for al-Nusra and virtually everyone aligned with the Islamic State.

But with the now evident backing of Qatar, Turkey and Saudi Arabia, Jabhat al-Nusra is striving to set itself apart from ISIS. Last month, in a controversial interview with Al Jazeera Arabic, al-Nusra’s elusive leader, Abu Mohammad al-Jolani, donned a cloak of nationalism, softening his rhetoric on minorities. All are Syrians, all will be welcomed “into the bosom of Islam” once Assad is gone, vowed Jolani.

Amid reports of the Druze killings on Wednesday, Human Rights Watch director Kenneth Roth called out al-Nusra on Twitter, saying, “not the needed Assad antidote.”

The deaths come amid a grim spike in hateful incitement as some work to conflate the conflict in Syria with the broader regional Sunni-Shia divide. In one particularly shocking exchange last month, also on Al Jazeera Arabic, broadcaster Faisal al-Kasim polled his viewers on the question of whether Syria’s Alawites had brought perdition upon themselves.

“The question perhaps should be,” Kasim then clarified, shouting over at least one outraged guest, “should we wipe out these Alawites in their entirety, including their children?”

The worry that Syria might devolve into sectarian slaughter is far from new. But with the rebel coalition led by al-Nusra now within striking range of several enclaves in which large numbers of Syria’s minorities reside, the question takes on new urgency.

Yet even the word urgent is one that many close observers find abhorrent, coming this deep into the conflict. One frontline Human Rights Watch field researcher contacted by the Star this week acknowledged the “real worries” of something worse that what we have already seen since violence erupted in 2011.

But to say now that the international community should rally to the rescue of Syria’s minorities after relative indifference to the quarter of a million already dead, the one million already wounded and the eight million already displaced by Assad’s war on his own people is a bit rich, to say the least.

“There is a real cause for concern. But at the same time the international community has been absent on the protection of any civilians in Syria, including sectarian killings that targeted the Sunni majority,” said researcher Nadim Houry.

Best estimates to date suggest some 40 per cent of Syria’s war casualties — as many as 100,000 people — were innocent civilians. And the vast majority of those belonged to Syria’s Sunni majority, felled by everything from barrel bombs to chlorine gas. In at least two villages, Human Rights Watch has documented massacres of Sunni civilians by pro-government forces.

So by all means care about Syria’s minorities. Care about the threats today, and the possibly grim reality to come, when a Sunni majority that has suffered under not one but two generations of Assads prevails.

But let’s not pretend they are the first civilians at risk.

Any effort to rally around Syria’s minorities now risks “causing a backlash in Syria amongst a majority that feels it has suffered the most amongst (global) indifference,” said Houry.

Why Syria is Going to Get Worse

Why Assad Is So Violent? Because Sunnis Employed Alawite Maids
In Syria, Signs of Civilian Massacre
Alawites Kidnap Christians to Die for Assad
Opinions 796 Syrian Revolution 1348