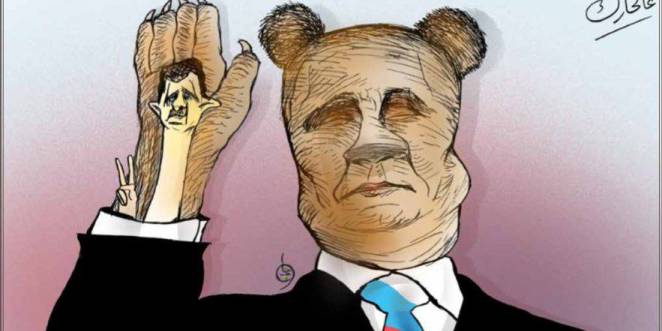 October 9, 2015 12:46 pm 0
Had the GOP Attacked Obama The Way It’s Attacking Trump
Next 12 Years Might Be Reigned by Republicans, Again
Cooler Heads Prevailing on the Syrian Refugees GOP Position

Falafel was so eager to ask the President of the United States this burning question that no U.S. media reporter dares to ask: Why does Obama outsmarts GOP opponents, but cannot outsmart international thugs like Khamenei and Putin?

On two major legislations he pursued during the last seven years, Obamacare and the Iran Deal, Barack Obama was able to make his GOP rivals look like schoolyard whiners. However, when it comes to all the thugs around the world, he lost each and every time he confronted them.

So, Falafel called Denis McDonough on his NSA-proof phone and asked to interview the president. Forty hours later, Falafel was ushered in the Oval Office where Barack Obama was waiting for him. Why Obama outsmarts GOp but not America’s enemies was still on his mind.

Obama: “I love this country Falafel.”

Falafel: “This does not answer my question Mr. President.”

Obama: “You know, Falafel, when I was born in Hawaii, my mother used to tell me the air changed on the island. It became more refreshing she said.”

Falafel: “Mr. President, let me re-phrase my question: Why was it so easy to beat the GOP, but so difficult to do anything right internationally.”

Obama: “Folks accuse me of all sort of things, but my love for America is unquestionable.”

Falafel: “Mr. President, do you realize that Russia now has taken over the Middle East under your watch? How do you explain this love for America?”

Obama: “As I said, many folks question my love for America and its interests.”

Falafel: “Mr. President, China just decided to enter the war in Syria. Does that not bother you that U.S. interests are being trampled upon by our enemies under the guise they are all battling ISIS?”

Obama: “You know Falafel, I was in Ferguson the other day, and out of the blue a white woman came up to me to thank me for everything I have done for America.”

Falafel: “Ignorance is a bliss Mr. President. Does it not bother you that China is joining Russia in Syria to split the Middle East oil you have abandoned to our enemies?”

Obama: “If you are referring to climate control, as you know this is a subject that is dear to me.”

Falafel: “No, Mr. President, I was referring to how easy it is for America’s enemies to outsmart you, yet no one can outsmart you on domestic policies. Don’t you find this strange given you were sworn to uphold the Constitution of the United States?”

Obama: “Did you see me swear on a Koran?”

No matter how hard he tried, Falafel could not get Barack Obama to tell him why it is so easy for our enemies to outsmart him. To Falafel, it almost like Obama deliberately let them win.

Had the GOP Attacked Obama The Way It’s Attacking Trump
Next 12 Years Might Be Reigned by Republicans, Again
Cooler Heads Prevailing on the Syrian Refugees GOP Position
Slippery Barack Obama 976