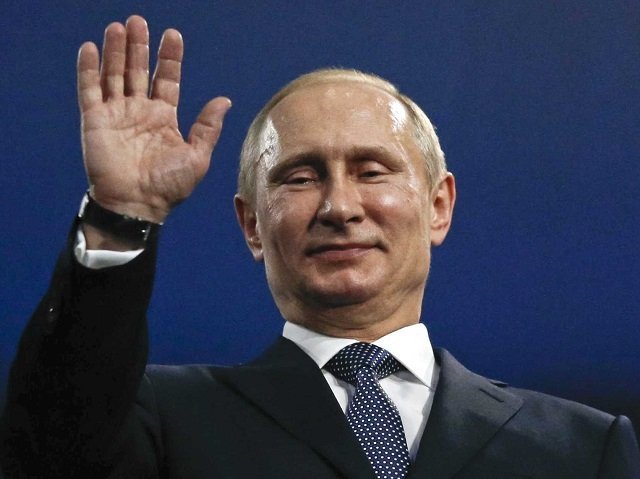 I may be barred from Russia, but I intend to keep writing about that troubled country.

The Russian decision to declare me persona non grata is more than an action against a single journalist. It is an admission that the system under President Vladimir Putin cannot tolerate free speech, even in the case of foreign correspondents.

Although their logic is hard to follow, all evidence suggests that the action against me was a high priority for the Russian authorities. No American correspondent has been expelled from Russia since the Cold War, and the action comes on the eve of the Sochi Olympics and follows steps by the regime to improve its image, including the freeing of such prisoners as former Yukos Oil Company head Mikhail Khodorkovsky, the members of the Pussy Riot punk rock band, and the crew of the Greenpeace vessel, Arctic Sunrise.

The action was also carried out in an unprecedented manner. During the Cold War, when U.S. correspondents were expelled, the Soviet authorities always offered a reason. Andrew Nagorski of Newsweek, for example, was expelled in 1982 for “impersonating” a Soviet correspondent.

In my case, the Russian authorities gave no reason. The statement read to me by a diplomat in the Russian Embassy in Kiev, where I was waiting for a Russian re-entry visa, said “competent organs,” the usual term for the security services, had decided that my presence on the territory of the Russian Federation was undesirable. This is a formulation used in spy cases and implies that I was viewed not as an irritant but as a threat.

The authorities have reasons to view foreign journalists with unease. President Putin and a small group of his longtime cronies exercise not only unchallenged political power in Russia, they also control the country’s most valuable economic assets. The system over which they preside is so corrupt that without the present high prices for oil and gas, it would face imminent collapse.

More important, the Putin system rests uneasily on unanswered questions from the past. According to the documentation of Yuri Saveliev, an expert on the physics of combustion who served on the official commission investigating the 2004 Beslan school massacre, the deaths of 334 hostages, most of them children, occurred after Russian forces stormed the gymnasium where the hostages were being held, using flamethrowers and grenade launchers. This attack, moreover, came one hour after agreement had been reached by local authorities in Beslan with a Chechen separatist leader to negotiate an end to the crisis.

Other questions that hang over the Putin regime are the fates of his murdered political opponents, Alexander Litvinenko, Anna Politkovskaya and Natalya Estemirova. But most important of all is the question of who was responsible for the 1999 apartment bombings in Russia that served as the pretext for Moscow’s second war against the former Soviet republic of Chechnya. The bombings terrorized all of Russia, created a wave of patriotic fervor and swept the previously unknown Mr. Putin into the presidency. The Russian authorities blamed the bombings on Chechens, but when an unexploded bomb was discovered in the basement of one building, the terrorists were caught and proved to be agents of the Federal Security Service or FSB, a successor to the old KGB.

When I arrived in Moscow in early September my purpose was to write for and advise the Russian Service of Radio Liberty, the U.S.-funded surrogate radio service that defended freedom in the Soviet Union by reporting news and delivering other uncensored information throughout the Cold War. I suggested expanding Radio Liberty’s investigative reporting. This meant looking into corruption, Russia’s biggest and most underreported story.

But investigative reporting by Radio Liberty also meant turning to the past and trying to clarify the historical record. During the Soviet Union’s perestroika reform period of the 1980s, pro-democracy Russians sought to reveal the true history of Soviet rule. They understood that the falsification of history served no one but their oppressors. In the end, the partial restoration of historical truth in the Soviet Union led directly to the Communist regime’s collapse.

Unfortunately, the Russia that emerged out of the exposure of Soviet crimes quickly began to add crimes of its own, which had to be concealed with the help of new falsification. In my 2003 book, “Darkness at Dawn: The Rise of the Russian Criminal State,” I wrote about the 1999 apartment bombings in Russia, which claimed 300 lives. A new Russian-language version in 2013 with the title “How Putin Became President” became a best seller.

My purpose in going to Russia, however, was not to revisit the apartment bombings. The authorship of those explosions is the critical question of Russia’s post-Soviet history; I presented evidence that the explosions were a provocation carried out by the FSB in my book and in 2007 testimony before the U.S. Congress.

Now, with the Sochi Olympics approaching, new terrorist acts are taking place that are candidates to join the long list of unexplained crimes. On Oct. 22, a Volgograd city bus was blown up, taking seven lives. The crime was quickly blamed on a female suicide bomber from Dagestan, Naida Asiyalova, and her common-law husband, Dmitri Sokolov, a Russian convert to Islam who allegedly outfitted Asiyalova with the bomb. Sokolov, however, had been in police custody, as the authorities themselves acknowledged, until shortly before the attack.

The outlines of the story follow a pattern in Russia of Islamists being freed from custody shortly before committing terrorist acts. In December, two more bombings struck Volgograd. Islamists in the region have sworn to disrupt the Sochi Games, but these episodes merit close scrutiny by the press.

I intend to keep writing about Russia. The rapid increase in living standards in the 2000s that persuaded Russians to ignore their lack of liberty is apparently a thing of the past. At the same time, Mr. Putin’s attempt to treat Russia as a moral alternative to the West based on Russian Orthodoxy and homophobia is unlikely to succeed. The Russian leadership will either have to accede to public demands for the rule of law and a democratic choice or resort to ever greater repression.

Under these circumstances, Russians need access to truthful information—which, given the censorship of Russian media, foreign sources are best able to provide. This is why the first expulsion of a U.S. correspondent is an ominous sign. It’s a way of closing off hope for a freer life and an act against Russians’ future and ours.

Mr. Satter is an adviser to Radio Liberty and senior fellow of the Hudson Institute. His books include “It Was a Long Time Ago, and It Never Happened Anyway: Russia and the Communist Past” (Yale, 2011) He has been writing and reporting from the Soviet Union and Russia for almost four decades.