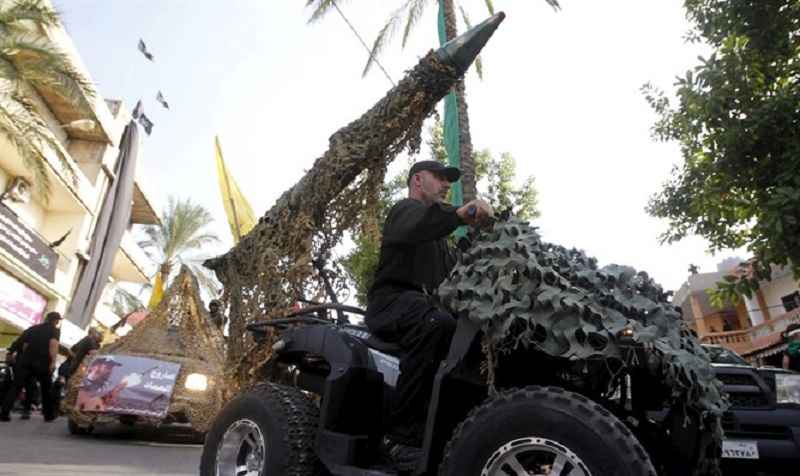 Why Israel Must Announce Its Syrian Strikes

July 23, 2020 7:57 am 0
You Will Not Believe the Latest Hezbollah Cruel Joke
Trump Released the Military Aid to Lebanon
Hey Lebanese People You Want Iran, You Got Iran

Israel almost never issues any media statements after it attacks Iranian and Hezbollah deeply-lodged assets in Syria. In doing so, it opens the door for the mass murderer Baschar al-Assad to fill the news cycle with half lies and propaganda, and this reason enough why Israel must announce its Syrian strikes.

It baffles us when we read a Reuters dispatch – like this one – in which the British news agency has no choice but to rely on Damascus to provide any details about the attacks to do its job properly. When Israel refuses to issue any confirming statements, images, reasons, and successes or failures, it is giving Assad and his cohorts in Tehran the latitude to control not only the narrative but the spin men of violence rely upon to gain legitimacy. Domestically and internationally.

Why Israel refuses to make any statements is really bewildering. Does admitting to striking a country that declared war on you violate international laws? We don’t think so. Does Israel believe it avoids international scrutiny through deniability?

Well, we have news for you. Scrutiny, anger, and antagonism against Israel will not cease or decrease any further when the Israelis take control of the narrative of why they bombed Iranian assets in Syria. It’s all the same to the haters and the racists.

Collectively, the IDF should consider the 200 plus strikes as missed opportunities for remaining silent.

WHOSE IDEA IS IT ANYWAY?

Whose idea is it anyway to remain silent? Israeli refusal to issue statements about their strikes is like a beauty queen hiding from the cameras. Or, it’s like a sommelier practicing his trade having lost his taste buds. Collectively, the IDF should consider the 200 plus strikes as missed opportunities for remaining silent.

Mind you, some or many, depending on who you talk to, would tell you that a good number of countries around the globe wish to see Iran attack Israel and its people. All the more reasons to control the message, we say.

The world is clueless about Iranian plans for Syria with its own Hezbollah by its side. By issuing factual statements peppered with the reasons why Israel struck an ammunition depot, or why Israel bombed a convoy of missiles, it slowly releases those facts to worldwide media. Such will open the eyes of many on the hypocrisy of the Ayatollahs. As well as their evil intentions.

Those who seek peace in the region will clearly understand the Israeli motives when they see Iran as the aggressor and Tehran as inciting violence and retaliation. How could peace be achieved if we let Iran off the hook by turning a blind eye to their excessive violence? Why should the world wait for that moment when it’s too late? Europe helped Hitler invade Czechoslovakia and this got us WWII. Why is the world ignoring Iran invading Arab countries?

Because they think that Iran setting on fire the region that gave births to Christianity, Judaism, and Islam will not start WWIII. The fools.

The ideas floating through and waiting to expose their terror need Israel to issue statements like an Uzi fires bullets.

With social media shifting the paradigm on opinion dissemination, it becomes imperative to shape those opinions in favor of what is right and against what is wrong. Israel has the right to dislodge Iran from Syria and Iran is wrong to spread violence with such ease and impunity. The world needs to understand the difference. And in doing so, Israel would do the good Syrian people a grand favor. One that could also save them from the terror of the Ayatollahs too.

Condemn their activities, call them out for their violence, and warn the world against apathy.

Why Israel Must Announce Its Syrian Strikes