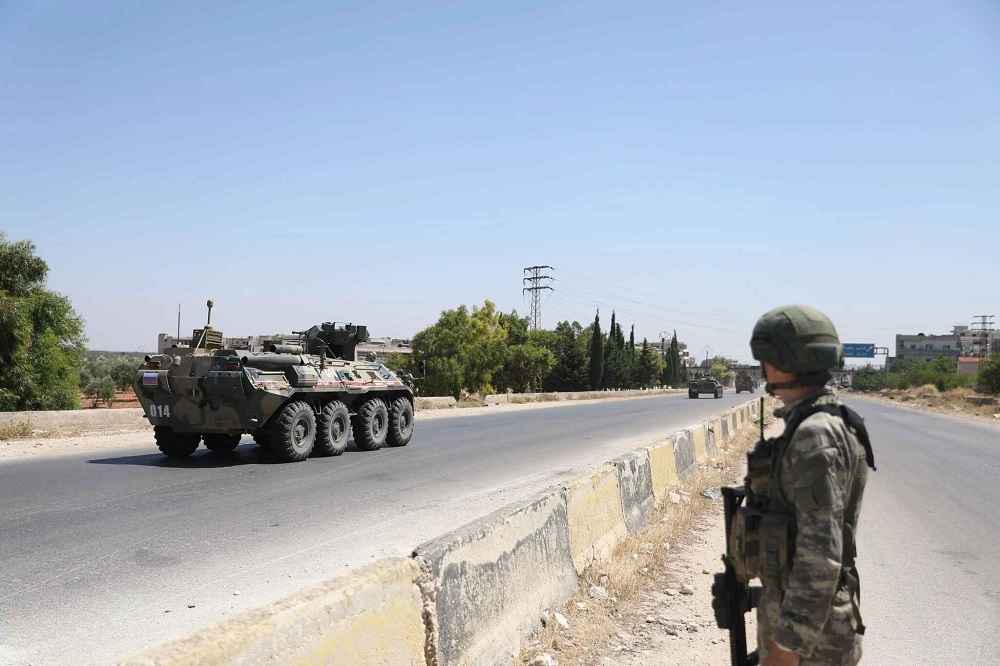 October 5, 2020 7:28 am 0
Cry For Me Syria As Israel Carves Out Its War Booty
Good Intelligence on Syria Produces More Sanctions
Assad Control Over Syria is Slipping

Reuters published a brief filing about an interview the butcher of Damascus accorded Russia’s Ministry of Defense TV channel in which he claimed that Russian air bases in Syria provide a balance of power. The occasion is the 5th anniversary of Russian invasion of Syria, or rather an invitation by an illegitimate ruler, which makes it an invasion. But the question to ask: Why is Assad talking about Russian bases besides the invasion anniversary? is Assad defending Russian occupation as a counter-balance to rising tensions between the U.S. and Russia? Or was the interview a pure coincidence to celebrate Russian occupation of Syria?

Alternatively, is Assad under pressure domestically to explain Russian occupation now that his regime is not facing total annihilation? Or could it be the Iranians are demanding Russian exit to get rid of its competition in Syria? After all, Russia is not defending Iranian interests or assets whenever Israel strikes them.

Or is it the combined triple pressure of U.S. sanctions, domestic unease, and Iranian interference?

We believe there is a simpler explanation.

TENSIONS RISING BETWEEN THE U.S. AND RUSSIA

Two weeks ago, the U.S., as a result of an incident between U.S. and Russian troops that injured seven U.S. soldiers, the Pentagon dispatched more assets into Syria. The New York Times alluded to the rising tensions in an article in which it wrote:

Within a few days last week, smoldering tensions between the United States and Russian militaries flared around the world. Already fraught with fresh evidence of election interference, the relationship between Washington and Moscow has grown even more tense after the recent military encounters.

However, the mood of the U.S. Democratic Party machine is not the same as the one they inherited from Barack Obama.

Could it be that Russia is upping the tensions to send Joe Biden a message just in case. Assad extolling Russian presence in Syria may just a small part of a larger message or campaign. Remember that Biden was part of the same administration that ignored Russian occupation of the Crimea.

However, the mood of the U.S. Democratic Party machine is not the same as the one they inherited from Barack Obama. Fear is not a staple of the Democrats today. As such, Vladimir Putin is showing Biden, Pelosi, Schumer et al. that he is willing to mark his territory. He pissed in Syria by ramming a U.S. military vehicle, and to make sure Biden gets the message, he orders Assad unto his military TV channel to justify Russian occupation and terror of Assad’s own country by making outlandish “balance of power” claims.

Meanwhile, Assad is clueless about why he was asked.

The Assad interview, in a way, is Putin realizing and reacting to an idea over half the American voters wish it could be realized. In effect that Donald Trump has very little chance of winning the elections 30 days from now.