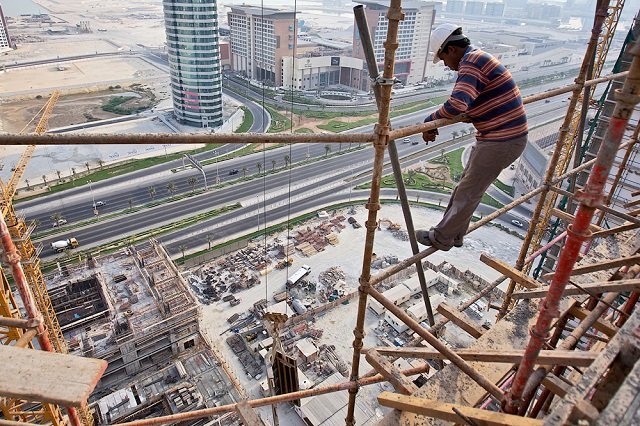 Why Gulf countries cannot accept Syrian refugees? This question comes up often on Twitter, Facebook, and comments on published articles. Many who ask them are unaware of the demographic construct and short history of these countries.

After World War II, if you visited any of the Gulf countries, you would discover a Bedouin culture that still relied upon seasons, animals, and the endless meander of small tribes looking for water. In the fifties, the British were still trucking water to countries like the United Arab Emirates to save them from dying.  Then came the discovery of oil, and a value for that commodity that skyrocketed after the 1973 oil embargo.

Overnight, the Bedouin tribes who had scant resources found themselves under pressure to build strong societies with strong political and economic anchors. This time capsule of transforming a 7th century tribal system into a 21st century economic independent country could not have happened without the help of Arabs and foreigners who rushed to the Gulf, like the 49ers rushed for gold, to assist with their knowledge and labor the Gulf countries jump several hundred years in time lapse in less than fifty years. Today, in countries like Saudi Arabia, there are three foreigners for every local indigenous Saudi helping the society move into the 21st century.

With so many foreigners, many embracing their own habits, culture, and traditions, there is a danger that the society that welcomed them might become lost in the foreign invasion. There are many Saudis today who speak Filipino or Bengali better than they speak Arabic because they were raised by nannies who originated from these countries. Imagine for a moment if Israel, with a population of seven million Israelis, also was home to a large number of mobile foreigners that numbered 20 million to imagine the impact this could have on a society.

As an example, Saudi Arabia is not a good one even though the kingdom has made important strides, in the last 15 years, to replace its foreign workers with Saudi nationals. Qatar has a one to ten ratio of foreigners working to build the country and serve its people. There is her driver and his driver, her maid and his maid. Then there is his accountant, engineer, and salesman all foreigners. People on the outside do not realize that the Qatari population is only 200,000. The other 2 millions are all foreigners. Imagine the United States with 3 billion Central and South Americans serving the country to understand why the Gulf countries cannot accept Syrian refugees en masse.

One can criticize the Gulf countries endlessly, and we are certain that someone, after reading this article, will find a way to criticize them even more for not accepting more Syrian refugees. When someone has a bias, it is hard to let them abandon that bias. The Gulf countries are either hated or admired. Those who hate them will press their buttons no matter what.