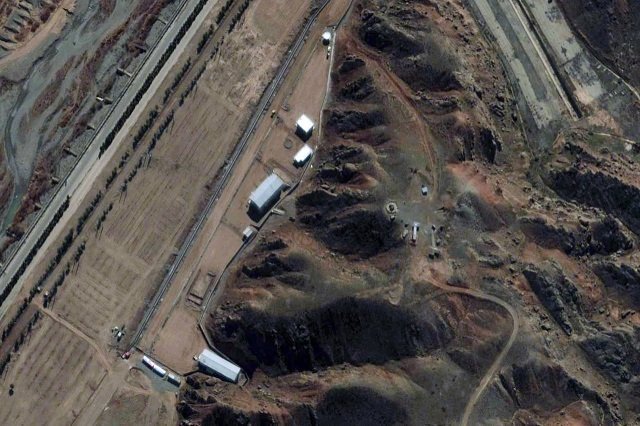 The Wall Street Journal reported a bombshell that would provide supporters of the Iran deal with ammunition to refute it.

Apparently, Iran has permission to inspect itself for nuclear disarmament. In Laymen’s terms, this is like giving prisoners the keys to their jails and then ask them nicely not to escape. After your police force vacates the whole State!

This movie cannot be more horrifying. Here is a snippet from the Wall Street Journal article to make you pause with fear:

In other words, the country that lied for years about its nuclear weapons program will now be trusted to come clean about those lies. And trusted to such a degree that it can limit its self-inspections so they don’t raise “military concerns” in Iran.

Keep in mind that the side deal already excludes a role for the U.S., and that the IAEA lacks any way to enforce its side deal since it has no way of imposing penalties for violations. Iran has also already ruled out any role for American or Canadian nationals on the inspection teams.

Why not cut out the IAEA middle man and simply let Qasem Soleimani, the head of Iran’s Quds Force, sign a personal affadavit?

These secret self-inspections will start an arms race in the Middle east. There is no doubt that Saudi Arabia, in consultation and partnership with Pakistan, will unravel its own nuclear program if this deal is signed. Waiting for Iran to shock the world is not something al-Sauds will wait for. They will be ahead of that curve because their survival depends on it.

This Iran deal is far worse than anyone could have imagined. It is a tour de force concocted by supposedly a very smart president. If Barack Obama is so smart, why does the Iran deal make Obama look stupid? What is this president hiding from the rest of America? No bad negotiator is this bad to grant shoplifters a special isle to self-pay for their groceries in a supermarket without any controls, which summarizes this horrible Iran deal.

Why does the Iran deal make Obama look stupid when you consider all its compromising facets? Did Obama really think he could hide all the facts about this deal from the world? It is a typical dirty Chicago political move to sign a deal and keep its appendices secret.

The Iran deal makes Obama look stupid because it has other intended purposes. Our Congress better wake-up to smell Obama’s anti-American anger before it is too late.

It’s a Sectarian War, Stupid!
Time for Saudi Air Force to Strike Iran in Syria
Iran Deal is About Right and Wrong, Not Left and Right
Slippery Barack Obama 976