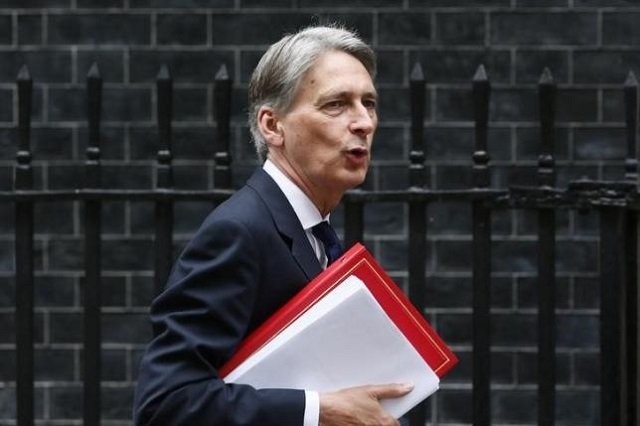 Why Do Politicians Make a Mockery of Themselves?

The same Western politicians who were adamant about Assad facing justice for his crimes against humanity, now claim they need to talk to him.

Why do politicians make a mockery of themselves? Whatever problems Syria may face with the Islamists, they dwarf in front of the Assad terror backed by Iran and Russia.

How are we eradicating terror when we back a terrorist who is their magnet?

Below is a Reuters story that sheds light on the oxymoronic policies of Foreign Secretary Philip Hammond embracing Assad after he demanded his prosecution. This flip-flop makes the West an unreliable partner for the rest of the world.

Syria’s Assad must go but it might be necessary to talk with him as part of a deal on a transition of power, British Foreign Secretary Philip Hammond said in an interview published by French daily Le Monde on Friday.

Departing from a strict U.S. and Western policy of not talking with Assad, Hammond expressed concerns over Russia’s role in the country, which has been torn apart by four years of civil war.

“Assad must go, he can’t be part of Syria’s future,” Hammond said, according to Le Monde’s French translation of the interview.

He added: “If we reach a deal on a transition authority and Assad is part of it, then it will be necessary to talk with him in his capacity as an actor in this process.”

Hammond discussed Syria with his French and German counterparts in Paris on Thursday night, as the war in Syria takes center-stage in a series of meetings due to continue at the United Nations General Assembly in New York.

Why do politicians make a mockery of themselves? Why do they flip-flop on matters dealing with terror? Does Hammond realize he made two statements that contradict each other?

Hammond could not tell Saddam from Assad two years ago.

As we said many times over before. It is easy to defeat ISIS and AQ because they have no U.N. seats and no international charter or treaties to protect them. ISIS and AQ cannot hide behind the international laws the way Assad and Khamenei can because they rule a sovereign country. We don’t need a U.N. vote to strike and defeat the Muslims terrorists in Syria and Iraq.

Western support for Assad is going to increase terror and the flood of Syrian refugees by many folds. Just watch.

Why Do Politicians Make a Mockery of Themselves