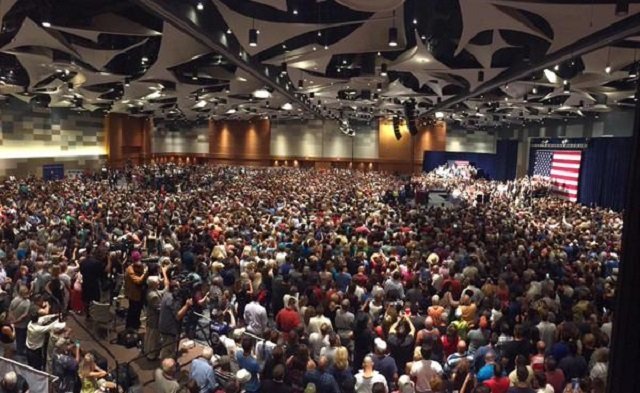 Who Made Donald Trump But Barack Hussein Obama?

July 12, 2015 5:33 pm 0
Is Obama Looking Forward to Target Syria with Drones?
Putin Shapes a New Order of Terror. While Obama Keeps Napping
10 reasons why it is now worse

After seven years of Barack Obama, the american people are hungry for someone to tell them the truth.

After seven years of lying, cheating, and backstabbing Barack Obama practiced with ease against the American people, America is hungry for someone who says what he thinks.

After seven years of deceptions, empty promises, and even emptier rhetoric, America is eager to hear someone speak with total honesty.

After seven years of enduring lawlessness emanating from the White House, the Justice Department, all the way down to our southern borders, America wants nothing but honesty, candor, and the law.

After seven years of Communist Valerie Jarrett brainwashing America with her poisonous ideas, the American people can take it no more.

The pendulum is swinging so far to the right because it has been stuck for so long to the left thanks to the extreme tolerance the Democratic Party has practiced towards illegal immigrants, convicts, murderers, and liars while ignoring honest, hard-working Americans feeling threatened by the DNC’s new protégés and new voters.

Do you think the American public, whose vote counts the most, forgives Obama for not speaking about the senseless murder of law-abiding citizen Kate Steinle at the hands of a repeat illegal immigrant felon, but is happy to interfere when a thug is accidentally murdered by Police?

When the American people scramble to hear Trump speak, they are scrambling to shut Obama up.

Obama lost both Houses of Congress to the Republicans because people saw him as an awful president who betrayed America. His hope and change message was reserved for criminals, illegals, and anti-Americanism.

Will Trump be the Republican nominee? Most likely not. He has neither the political structure nor the stamina for his message to resonate beyond the inner satisfaction of the American people knowing someone else agrees with them on how bad Barack Obama has been to this great nation.

As Obama shifted Hillary to the left, Trump may shift the other Republican candidates to the right. In doing so, he would save this country from the embarrassment of Barack Obama’s unworkable and disastrous politics.

Donald Trump is but a pendulum swing that has been stuck for too long where America cannot stand it or understand it.

Who Made Donald Trump But Barack Hussein Obama?

Is Assad the Son Obama Could Have Had?
Obama’s Middle East Escapism
Gen. Dempsey grilled about U.S. policy in Syria
Slippery Barack Obama 976