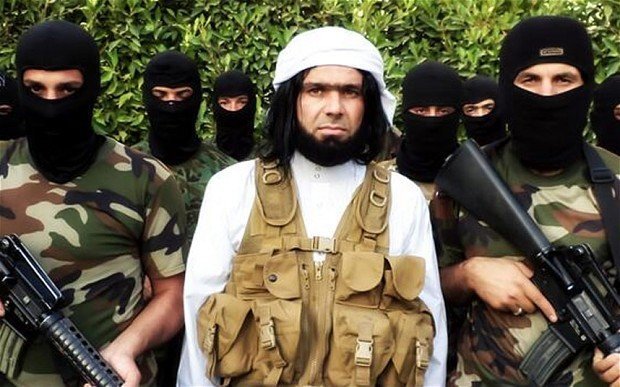 Who Are These ISIS Guys and Why Is Obama Willing to Bomb Them?

August 7, 2014 4:16 am 0
No Sunni Reconciliation With Iran Spreading Terror
America’s Year of Living Dangerously
How ISIL recruits Sunnis so easily with Obama’s help

By Michael Ledeen – PJ Media (Who Are These ISIS Guys and Why Is Obama Willing to Bomb Them?)

It may well be that ISIS is one of at least two too-clever-by-half operations masterminded by our enemies.  At the beginning, ISIS spun off from Al Qaeda because, we were told, Zawahari was too moderate for them.  AQ didn’t slaughter enough, didn’t crucify enough, wasn’t psychotic enough for their taste.

It seems that Iran gave ISIS support, in keeping with its well-documented practice of supporting all sides in other countries’ internal conflicts, the better to a) figure out what’s going on, b) penetrate organizations that might win, and seem actually or potentially dangerous to Tehran, and c) spread riot and ruin, figuring that the Quds Force and/or Hezbollah can dominate most any regional battlefield this side of Gaza.

If you want a lively and accurate picture of this Iranian strategy over the past decade or so, read this Foreign Policy piece by Michael Weiss.

Thus, the Iranians were in cahoots with ISIS, an organization that seems to have recruited the worst of the worst killers, torturers, rapists and megalomaniacs.  In a world unfortunately over populated with evil men, ISIS finds lots of would-be General Zods to demand everyone kneel and worship them.  And they love to kill everyone, Muslims, infidel Christians, the whole lot.  Perfect clients.

Except that the Iranians should have been more careful what they wished for;  ISIS did altogether too well, and declared “the Caliphate,” which excited still more followers.  The Iranians don’t like this at all (they like the idea of “the Caliphate” just fine, but under the rule of their very own supreme leader, not some nut case named al-Baghdadi).

So the Iranians are now fighting ISIS, but they’re over-committed in Syria and all over Iraq.  Ergo, when you ponder President Obama’s decision to (maybe) intervene against ISIS in Iraq, keep in mind that such a move would please Tehran.  At least for the moment.

Keep another thing in mind, too.  Please.  The Iranians are not nearly as brilliant as a lot of pundits think they are (I mean, they’ve thoroughly wrecked their own country, after all), and on this one, if I’m right, they unleashed a real monster that is threatening some of their most basic interests (above all, Bashar Assad).  And now there’s the possibility of a new monster on the block:  American military operations right next door.  To the great benefit of the Kurds.  Who are yet another threat to Tehran…

Too clever by half.

They’re not the only ones…

As it turns out, Putin may have launched a similarly disastrous operation, the one that brought down that Malaysian aircraft.  According to Ukrainian reports, the (Russian) plan was to shoot down an Aeroflot passenger plane and blame it on the Ukrainians, thereby justifying a Russian invasion.  Once again, it’s Michael Weiss with the story:

Valentyn Nalyvaychenko, head of Ukraine’s Security Service (SBU), today stated that the 17 July shootdown of Malaysian Airlines Flight 17 near Donetsk by Russian-backed separatists represented a terrible case of a Kremlin provocation gone horribly wrong. According to Nalyvaychenko, the SBU has evidence that what happened was the outcome of a diabolical Moscow plot to create a pretext for war, meaning Russian invasion, by shooting down an Aeroflot airline (specifically AFL2074, see details here) and killing its (mostly Russian) passengers, then placing blame on Ukrainian forces.(h/t, Irish Spy, my favorite living spook)

But the buffoons Putin ordered to do the deed got the wrong plane.  Evidence?  I don’t know precisely what the Ukrainians have, but it does seem that the Russians are rounding up some of their (former) agents in East Ukraine.

Maybe Obama’s next intervention will be there?

So the sermon for today is short and sweet, and you won’t hear it elsewhere:  we humans are not geniuses, most of the time we screw up.  Lots of what happens in the real world is the result of plans gone awry, underlings getting the details wrong, and consequences unforeseen become world-historical events.

In all probability, the Almighty put us here for entertainment value.  But we’re not laughing much.  We don’t get the cosmic jokes…

Who Are These ISIS Guys and Why Is Obama Willing to Bomb Them?

Beware ISIS strategy that fortifies Russia, Iran, and Syria
Obama biggest danger to America and her allies
I dare you to defeat ISIS
Slippery Barack Obama 973