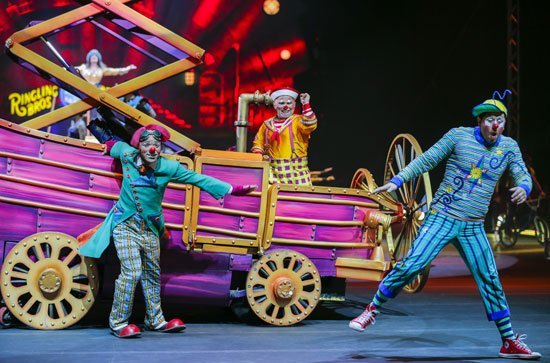 February 11, 2013 9:26 am 0
Ecce Homo Donald Trump You Idiot Supporters
The American House of Brittle Glass
Between War and Sanctions There is a Need for a Third Option

Before a global media that distributed his words and image, the head of the Syrian opposition, whose task was to negotiate a settlement with the Assad regime for a power sharing arrangement, extended the deadline he set upon Assad to respond to his earlier conditional offer to negotiate an end to the war. It is a white house circus du appeasers out there.

.. and so did Neville Chamberlain wave to the cheering crowds the non-aggression Munich Agreement his government signed with Hitler on September 30, 1938 by trading Czechoslovakia to Hitler to guarantee Europe a peace.

Then Hitler invaded Poland on September 1, 1939.

How appeasers have this knack to sweep history under the rug hoping the circumstances and the nature of the conflict provide them with a better chance at glory is truly beyond our comprehension. As Chamberlain sacrificed Czechoslovakia, so is Obama sacrificing the innocent people of Syria for an immortality as a peacemaker that is neither possible, nor equitable with men of extreme violence.

Assad, playing his part with poise, has ignored the offer because he has run out of ways on what to say to the West to convince their leaders that their efforts will bear no fruit. No speech or interview seems to have worked.

“Those Foggy Bottomers are not getting the message” he must be telling himself.

Why should he share power after he received a guarantee from Secretary Clinton, via an agreement with the Kremlin, that there will be no foreign military intervention in Syria in return for Assad re-shelving his WMD (Not even giving-up his WMD)? Mixing few chemicals out in the open and using Agent 15 precariously is all it took to fool Obama and the US State Department to guarantee Assad’s safety.

One of the pillar arguments the US State Department makes to legitimize its strategy with regard to its choices of handpicking its own Syrian opposants is that these men (Sometimes women) must be a known and organic commodity to their people. They must have lived recently in Syria and have the necessary network and the cultural background to connect with the average people.

What they fail to tell us though is just how infiltrated by the Assad regime these opposants are. The more organic they are, the higher the chances Assad had his fingers shape their dough. And since the strategy of Obama all along has been to find a political settlement in Syria that does not upset the Russians, the Iranians, the Arab League and most importantly Assad himself, we bear witness to a Chamberlainian history in the form of a White House circus du appeasers almost begging Assad to settle.

The worst part is that this Obama administration has traded away the only potent option that would convince Assad otherwise; furthermore, Obama refuses to use the last option available to arm the FSA under the pretext of “arms falling in the wrong hands” when a high-schooler in Kansas City can tell us whom to avoid thanks, mostly, to an extensive media coverage.

On the issue of “arms falling in the wrong hands”, we would imagine it would be easy to trace the guns and punish the culprits with enough oversight.

Who said spin is selective.

As of today, we have a certainty. Obama’s charisma does not mix well with our Mediterranean culture and it has no effect on the region whatsoever (RIP Ambassador Stephens learned it first).

Time to use real power against Assad. The charisma has been derelict in its duty.