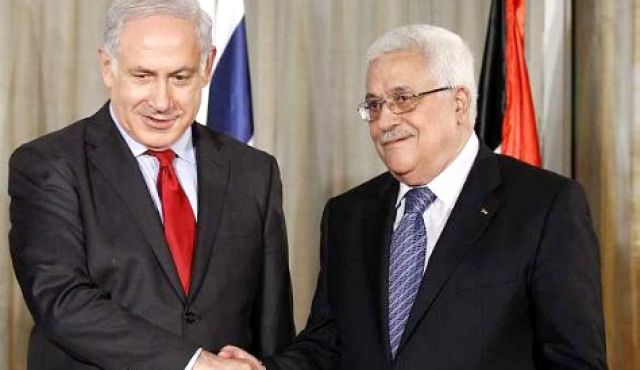 What Palestinian Peace When There Is No War Raging With Israel?

July 20, 2015 3:34 pm 0
A Loosening Grip
Did Arab Enmity Towards Israel Make Us Any Safer?
Why Assad Won’t Last Another Year

In one of those fate twisters, and inspired by Europe’s role in a nuclear deal with Iran, the European Union wants to form a broader, U.N.-backed coalition to revive peace talks between Israel and the Palestinians.

There is no war between Israel and the Palestinians. There is a standoff interrupted, one in a while, by acts of terror.

Israel is not dropping barrel bombs on Palestinian women and children. Israeli jets are not bombing the West Bank, nor Israeli soldiers are raping Palestinian women. What Palestinian peace when Syria is burning, Yemen is torching, Iraq is smoldering, and Lebanon is igniting?

Does the EU have its priorities in order or is this another one of those “Let’s jab Israel” moment Europe is accustomed at springing axiomatically?

The EU just empowered Iran to support the mass murderer Assad, which will surely increase the level of violence in Syria and help ISIS recruit more terrorists. All so that Europe’s industrial military and business ecosystem sell their wares and services to now cash-rich Iran.

The consequences of more Sunni terror rising from the ashes of the combined Assad and Khamenei’s atrocities seems to be a secondary concern for the EU. What is wrong with Europe?

Instead of wasting the EU’s energy on a peace-where-is-no-war between Israel and the Palestinians, why not expand some energy on finding ways to stop the Syrian war? Why not pour that energy to help Yemen find a sensible solution to save its people from doom? Why not seek new diplomatic efforts to stop Iran from terrorizing the Arab countries it is now occupying?

What Palestinian peace when there is no war raging with Israel?

Many Israeli respected organizations often accuse the EU of bias and bigotry against Israel. How can the EU escape such accusations when it announces it will seek peace-where-is-no-war between the Palestinians and the Israelis and abandon Syria, Yemen, and Iraq, where real wars are raging?

If these three warring countries stop buying European weapons, do you think they will then have a better chance of the EU concentrating its efforts on their peace?

What Palestinian peace? The one between the two parties that are smiling and shaking hands in the picture above?

What Palestinian Peace When There Is No War Raging With Israel?

It is about corruption, fiscal irresponsibility, oppression, and political correctness
Israeli envoy: Nuclear Iran is a ‘thousand times’ more dangerous than ISIS
John McCain on His Meeting With Obama, Middle East Tour, and Syria
Iranian Terror 512