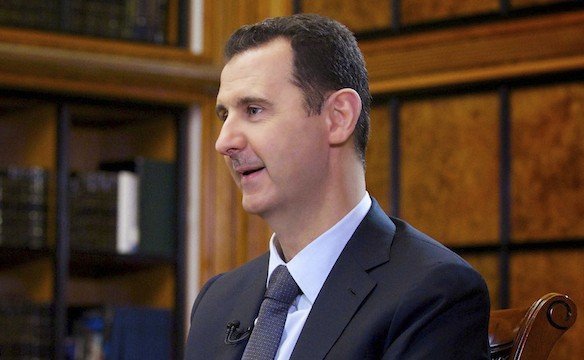 Last Friday, the high security Damascus district of Kfar Sousa was the target of two suicide car-bombings that resulted in over 40 deaths.

The carnage was reminiscent of places such as Iraq, a far cry from the “stability” touted by Syrian dictator Bashar Assad.

Kfar Sousa was also the district where Imad Mughniyeh was hunted and killed in February of 2008.

The twin suicide attacks may very well have been the work of Sunni extremists, but given Syrian and Iranian expertise with car bombs and Assad’s urgent need to launch a decisive attack against cities like Homs, the possibility of an attack aimed at savagely ending the rebellion should not be discounted.

The current fighting is reminiscent of carnage in the city of Hama, which was bombed by Hafez and Rifaat Assad in 1982 for two straight weeks, resulting in over 20,000 deaths. That attack set the bar for an efficient end to popular civilian uprising.

Today, however, Syrians are bolder and more intolerant of religious prejudice than they were in 1982, and the ethnic imbalance in Syria is greater. It is therefore only a question of time before Syria becomes a theater of war. If Assad remains fixated on staying in power violence will envelop the country.

Force is the only way to dislodge a violent regime. The recent agreement between the Arab League and the Assad regime to position 150 observers around the country to monitor events, when videos taken by courageous protesters speak for themselves, is merely an attempt to distract our attention from regime change.

This first move by the Arab League to fill the vacuum left by the US is but a snapshot of things to come: More disconnected policies and more death.

Thanks to such policies, Arabs are living in an aimless and degenerate era, incapable of resolving the core problems facing 350 million Muslims living in abject poverty and unmitigated ignorance. It’s all about families ruling perpetually.

IN FACT, the answer to the White House’s inaction and the self-indulgent, meaningless steps taken by the Arab League may be found in the fact that Iran and Saudi Arabia are engaged in high-level secret negotiations today, something that a Gulf Cooperation Council (GCC) official inadvertently confirmed to me in a private conversation. Those talks are most likely to result in agreements on questions of “regional influence.”

Since toppling the Assad regime is considered a red line for Iran, the countries are probably trading Syria for Bahrain and the oil-rich eastern province populated by a repressed Shia majority. In other words, the GCC would not seek regime change in Syria in return for Iran not whipping up the Shia majority in Bahrain and the Shia in the Eastern province in Saudi Arabia.

If so, relying on their media empires and Turkish Prime Minister Recep Erdogan (who recently took over from Iranian President Mahmoud Ahmadinejad as the most popular leader in the region) to calm the Syrian street is as futile an exercise as sending monitors to Syria while Assad continues to kill indiscriminately.

When Tunisia erupted last December, one of the first actions taken by Saudi King Abdullah was to increase the salaries of public employees by 60 percent, which simply shows how much the Arab League is out of touch with reality and their people. Palaces with 24k gold plumbing cannot co-exist indefinitely with the continued wasted hopes of the masses extending their hands for charity to families they never elected.

Besides the Arab League playing lead architect in the region, the unfolding tragedy in Syria has only managed to gain ambivalent responses, including strong statements and tepid sanctions, from the international community. Neither will bring about regime change in Syria.

Washington’s inaction and the self-centered interests of the Arab League beg the obvious question: Will Assad survive? This central issue – a very real possibility – seems to have escaped the attention of many international commentators and observers.

While it is difficult to predict what precise actions Assad will take, there is no doubt he would turn the whole country into a base of operations from which he could launch lowlevel offensives against his enemies, be they countries or individuals.

Not even Europe, in light of its supposedly tight sanctions against his regime, would be spared. Nor would Lebanon or Lebanese politicians, usually an easy target given Hezbollah’s willingness and Lebanon’s divisive politics.

As long as the various Arab League countries are spared and the US continues detaching itself from the Middle East by handing responsibility for regional leadership to countries like Turkey, all those who played a role in seeking regime change in Syria will be affected.

This includes Israel, regardless of the fact that Israel is a neutral player in this issue.

Barring some persuasive means of showing Saudi Arabia and Qatar, which has been vital in shaping the Syria policy at the Arab League, they have more to lose from their “Kumbaya” dance with Khamenei than from regime change in Syria, the whole region will suffer from the policies of Saudi Arabia and Qatar.

The Art of No Compromise
Twitter Alert Muslim Geniuses Available for Hire
Why worry when Assad and Abdullah agree?
Assad Genocide 429 Syrian Revolution 1335