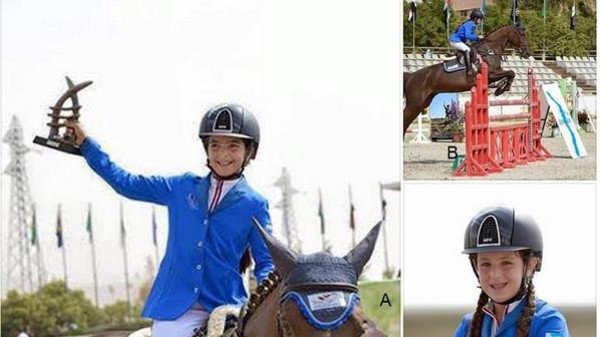 What Does Assad Know to Publish Photographs of His Daughters?

August 5, 2015 12:45 pm 0
The Children of Hafez al-Assad
Of Psychpaths and Cowards
Will the Russians Kill Maher al-Assad?

After coming under sharp criticism for his role in suppressing the Syrian revolution, Maher al-Assad, brother of Baschar al-Assad, disappeared from the spotlight and only appeared when he wanted to prove he was still alive following rumors of his death or murder.

However, in an unusual move, Maher has allowed photographers to snap photos of his daughters Bushra and Sham during celebrations of Army Day which falls on August 1.

The move is a first as it has come to light that he ordered a professional photographer to snap his daughters and then for the first time ever, allowed them to be published and marketed.

Some sources said the Assad family bring their children to the spotlight “whenever they’re in a bad situation” – in the same way Baschar al-Assad did when he ordered the release of a photo of his son, Hafez, to promise his supporters an “heir preparing” to takeover or a “republican grandson” as it has also become known.

There is also speculation that such a move is deliberate in nature to project an image that Maher is a father and a family man. The name Maher al-Assad is synonymous with death and destruction. The question is: Why Maher al-Assad is polishing his image? What does he know about his own future to publish photographs of his own daughters?

Is Assad expecting the guillotine soon or is he re-tooling his image to replace his brother Baschar? Is he saying the Assad family is willing to accept a Syrian female president in the future to appease the West? Or is he psychologically toying with his detractors?

These photographs may not sit well with Baschar if Baschar thinks it is to polish his image as his replacement. His guess is as good as ours with one exception. Baschar can kill Maher, or vice-versa.

What does Assad know to publish photographs of his own daughters? In light of the marathon meetings between Jubair, Kerry, and Lavrov on Syria, it could mean something.

Al-Arabiya contributed to this article.

What Does Assad Know to Publish Photographs of His Daughters?