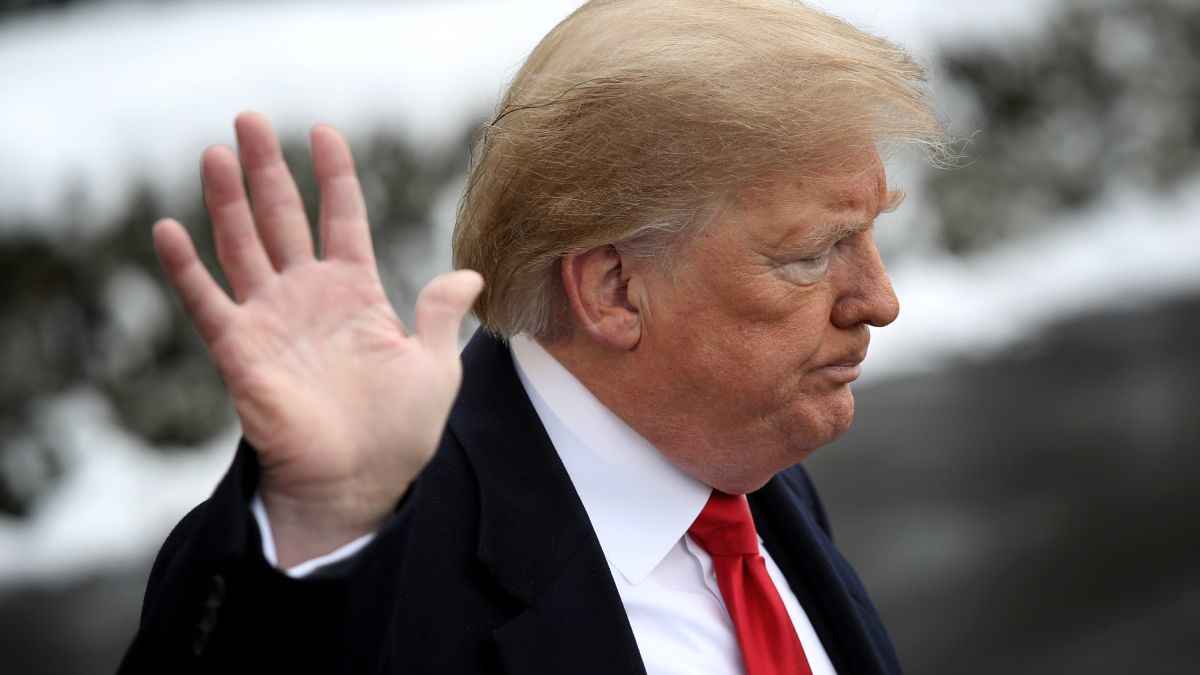 November 8, 2020 2:51 am 0
Sanctions are a Nuisance for the Assad Regime
Saudi FM says to get rid of ISIS, Assad must go
Syria Letter: ‘Dear World, Save Us From Assad’

Ex-President Donald Trump is leaving office on January 20, 2021 after four years of indignant policies shaped after his vulgar personality. To think that we will no longer awaken every morning to read about whom he insulted last, or who is in his crosshair, or what new enemies he made some of whom are everyday Americans sacrificing much to save our country from either a deadly disease or men of violence like Vladimir Putin of Russia. But in the final analysis, as far as Syrians and Syrian-Americans are concerned, what did Donald Trump do for Syria? The simple answer is NOTHING.

We all know that the Syrian civil war, which broke out in March of 2011, happened under the watch of President Barack Obama. We all also know that Obama did not lift a finger to assist the Syrian people the same way he did not lift a finger to help the Iranian people when they attempted a regime change in June 2009. Obama did not even help the Ukrainians defend themselves from Vladimir Putin, which ended up costing Hillary Clinton her presidency because it emboldened Putin to interfere in the U.S. elections of 2016 in favor of Donald Trump.

Honestly, at what point did our national security apparatus call Obama’s timidity and spineless behavior a danger to our country? There is a good reason we call him the worst U.S. President ever when it comes to foreign policy. We remain steadfast convinced he has earned this title.

Neither Trump nor Obama did anything to stop the radicalization of the Syrian people at the hands of the Muslim Brotherhood.

… AND SO DID TRUMP

With this kind of background, one would imagine any new U.S. President would be better just for being new. But we were wrong. Donald Trump did as little for Syria as Obama did, with the exception of one lucid moment in which he ordered the firing of 59 cruise missiles against some of Assad benign military infrastructure that caused very little damage. As far as we are concerned, Trump is as timid as Obama was. Both feared violent dictators, be it in Iran, Syria, or Russia.

In fact, Trump spent most of his time on the golf course thinking about Donald Trump. He had no time for anything else. And even when he engaged in some international war, like trade with China, or international diplomacy, like North Korea, Trump never lost sight of what mattered the most to him: His own self. When it came to Syria, Trump only cared about what Israel might think, and only within the context that he needed wealthy American Jewish donors to fund his upcoming 2020 campaign. Syria was as important to Trump as he could milk it for his own self interests.

Trump even ordered U.S. troops out of Syria. Not once, but twice. Only to regress when cooler heads prevailed upon him.

Neither Trump nor Obama did anything to stop the radicalization of the Syrian people at the hands of the Muslim Brotherhood. They both abandoned the Syrian people. They both missed their golden opportunities to show real empathy that would have made a difference. Obama refused to explore a no-fly zone to protect civilians from the Assad terror, and Trump did not even know that actual people, living under the Assad terror, existed in Syria.

What did Donald Trump do for Syria? A little more than Obama but hardly enough to really help the Syrian people defeat their butcher

When Barack Obama left office, Syria was in flux. Assad had not exactly secured it, nor lost it.

Without a doubt Russia helped Assad consolidate his gains, but in late 2016, Syrians were still fighting Assad for their freedom. However, today, Assad has secured most of Syria and it all happened under Trump’s watch. Even the sanctions that Trump slapped on the Assad regime with the The Caesar Act, which are about four years late, are, so far, having very little effect on Assad behavior or control. In the world of spinning U.S. sanctions for their effectiveness, the meat on the bone is lacking. Iran has been under severe sanctions for four years, do you see the regime in Tehran failing and imploding?

What did Donald Trump do for Syria? A little more than Obama but hardly enough to really help the Syrian people defeat their butcher. Like Obama, he finished off ISIS, but the real threat of Assad terror, Trump totally ignored. Therefore, in our book, this is tantamount to Trump doing nothing for Syria.

Add this reality to Trump’s catering to Putin, in addition to the ugly side of his personality, and we assure you no one is going to miss Donald Trump. Good riddance we say as we said when Obama left office.

Now, it is time to hold Biden’s feet to the fire when it comes to saving the Syrian people.