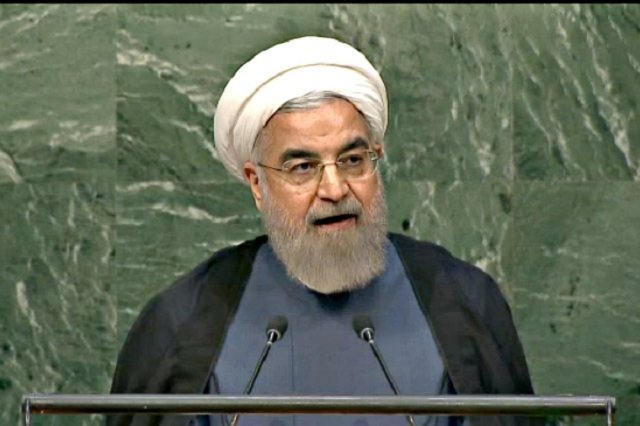 The document approved by the Iranian Parliament was not the JCPOA, it was their amended version of it, which calls for end to sanctions and end to Israeli’s nuclear program.

Despite the many news reports that on Tuesday, Oct. 13, the Iranian parliament – the Majlis – by a majority vote passed the Nuclear Iran Deal crafted by the negotiators from Iran and the U.S. and several other world powers, that is not the case.

Instead, the Majlis approved by a 161 to 59 vote, with 13 abstentions, a nine point document they created which authorizes the Iranian government to move forward on a path that will do at least two things: one, remove international sanctions against Iran, and two, end Israel’s nuclear weapons program.

Under Point five of the Majlis version of the Nuclear Iran Deal, conversion of enriched uranium at the Arak plutonium plant is conditional to other side deals.

Point six of the Majlis Nuclear Iran Deal forbids the inspection of any military site or the interviewing of any officer, which, Taheri points out, were promoted as key elements of the Nuclear Iran Deal by U.S. President Obama and his administration.

Point seven of the Majlis version of the Nuclear Iran Deal calls on the Iranian government to strengthen Iran’s defense, especially its missile arsenal.

The nine point Majlis document, following Tuesday’s approval, now goes to the Iranian Council of Guardians for their review on Thursday. That is the same day President Obama has said he will affix his signature to the version of the deal drafted by his negotiators.

As Taheri pointed out in an article first published in the New York Post, “Obama Will Be the Only Person Sticking to the Iran Deal.”

These revelations were made first by Iranian-born journalist Amir Taheri, and confirmed by the Middle East Media Research Institute, which points out the Majlis merely approved its own revised version of the deal. The actions by the Majlis confirm predictions made for many months by Iran expert Michael Ledeen.

Taheri has written for such publications as the London Sunday Times, the Daily Telegraph, the Los Angeles Times, The Wall Street Journal, The Guardian, The Pakistan Daily Times and for several years was a member of the executive board of the International Press Institute. He’s also written for nearly a dozen different Arab media outlet, is a CNN commentator and has been interviewed by the BBC and elsewhere.

Taheri is also the author of many books, including on such topics as Islamic terrorism. Such writing has won him powerful enemies, some accusing him of concocting conspiracy theories and worse.

About the Author: Lori Lowenthal Marcus is the U.S. correspondent for The Jewish Press. A graduate of Harvard Law School, she previously practiced First Amendment law and taught in Philadelphia-area graduate and law schools. You can reach her by email: [email protected]

Hey Stupid! It’s Not About Nukes, It’s About Life and Death
The Assad Bridge to Somewhere
A Hollow Peace Initiative
Iranian Terror 594