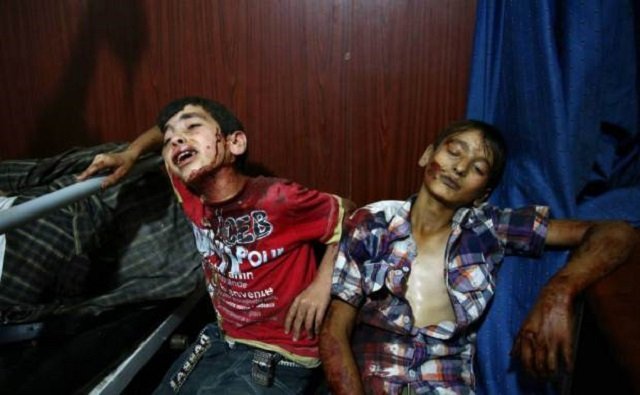 September 6, 2015 3:12 pm 0
Courage is knowing what not to fear
Mom There is a Suicide Bomber on the Discovery Shuttle
Grant Benjamin Netanyahu the Nobel Peace Prize

To some, the Aylan Kurdi tragedy has become a political football to use to pressure the policies of standing elected Western governments.

Such was what happened when head of the opposition Labor Party in Israel asked the government to admit more Syrian refugees. Speaking at a panel discussion in Tel Aviv, Isaac Herzog said:

“Our people has experienced first-hand the silence of the world and cannot be indifferent in the face of the murder and massacre raging in Syria.”

So far, so good. We totally agree.

Then, he called on the government “to act toward receiving refugees from the war in Syria, in addition to the humanitarian efforts it is already making.”

“We will not allow Israel to be submerged by a wave of illegal migrants and terrorist activists. Israel is not indifferent to the human tragedy of Syrian and African refugees… but Israel is a small country — very small — without demographic or geographic depth. That is why we must control our borders.”

We agree with Benjamin Netanyahu’s refusal to admit Syrian refugees, but not for the same reasons.

We agree with Benjamin Netanyahu’s refusal to admit Syrian refugees because if Israel admits them, it is tantamount to agreeing with the Russian and Iranian policies of massacring Syrian civilians to ethnically cleanse Syria of its majority-Sunni population. Let those countries who are signing the Iran Deal honestly deal with the Syrian refugees heading their way.

The P5+1 need to realize the folly of unleashing Iranian terror as if there are no consequences to their own societies.

Secondly, Muslims moving en masse into a Jewish State will only cause tensions and possibly violence. The Arab countries, with a mass land of over 5 million square miles, are better equipped geographically, religiously, culturally, and politically to welcome Syrian refugees in their midst.

Imagine for a moment if Turkey decides to encourage secretly its 2 million Syrian refugee population to ride smuggling boats heading towards Europe the effect it will have on the Continent. The same goes for Lebanon, with direct Mediterranean access, and Jordan.

Arab countries could use the Syrian refugees as weapons to remove Assad from power and to scuttle the Iran Deal.

Of course, we stand against such tactics because they will only cause more death and misery. But if Europe and the U.S. do not act to stop Iranian and Russian expansionism to fill the vacuum Barack Obama left for them intentionally, Europe will pay the ultimate price.

Europe could stop these tactical possibilities only if it seeks to renegotiate a better Iran Deal that would limit Iranian terror and ambitions in the region.

Sink the Iran Deal before it is too late.