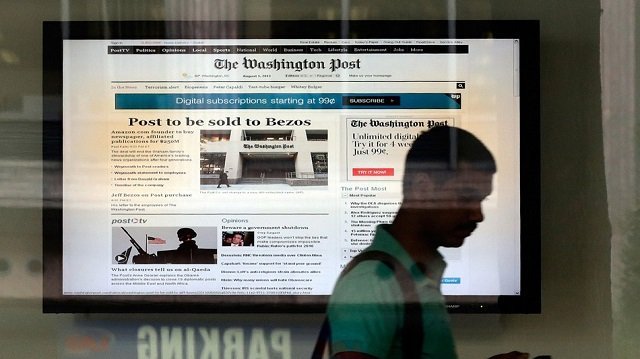 August 16, 2013 2:53 pm 0
Is Obama Looking Forward to Target Syria with Drones?
A President Who Cannot Admit His Mistakes is a Dangerous President
Do Not Free Austin Tice

The Washington Post website has been hacked, with readers of some stories being redirected to the site of a group that supports Syria’s psychopath Baschar al-Assad.

The attack came just days after the newspaper was bought by the Amazon founder Jeff Bezos for $250m (£163m).

It lasted about 30 minutes, and was the latest stunt by the Syrian Electronic Army (SEA) on news outlets.

Among the targets the group claims to have hacked are Twitter feeds of The Associated Press, Al-Jazeera English and the BBC.

According to Mr Garcia-Ruiz, the SEA said it had gained access to parts of the paper’s site by hacking one of its business partners, Outbrain, an Internet company that alerts readers of blogs and media sites to recommended links targeted to their specific interests.

By compromising Outbrain, the hackers also attacked CNN and Time, some reports said, though it was not clear if those websites were penetrated.

Outbrain tweeted that its website was shut down as a result of a cyberattack.

The Post said it has “taken defensive measures”, which include the removal of the module affected by the hacking.