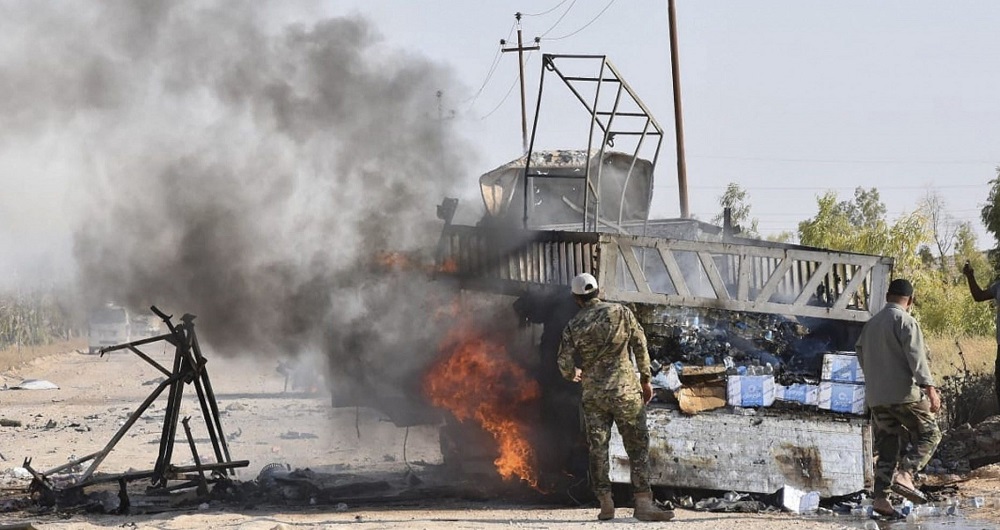 January 10, 2020 4:18 am 0
Soleimani Was Planning to Attack Anything American
Senior al Qaeda leaders reportedly released from custody in Iran
Behind the Sectarian Syrian War Lurks a More Vicious Oil War

Unidentified planes struck targets in Syria near the border with Iraq on Friday, reports said. The attack triggered “a huge explosion” amid soaring tensions in the region between the U.S. and Iran. Apparently, the war against Iraqi Militias Iran funds continues.

It reported several explosions in the border area.

There was no immediate comment from Syria or Iraq.

Israel has also struck Iran-backed militias in the area in the past.

The reported airstrikes came days after a U.S. drone strike killed Iran’s top terrorist. His death changes dramatically the dynamics. One described him as the real dictator of Syria and that Assad was his mayor.

Iran responded by firing a barrage of missiles at military bases in Iraq that host U.S. troops. Since then, both sides have signaled they were stepping back from further escalation. Tensions remain high though.

Amid the soaring tensions, Russian President Vladimir Putin made a rare visit to Syria this week. Russia has been a key ally for Assad. It remains instrumental in killing Syrian civilians. It bombs civilians in hospitals, markets, and schools.

The area struck Friday is key to a land corridor for Tehran that links Iran across Iraq and Syria through Lebanon. The Observatory report on Friday claimed that Putin had informed Assad during the visit of a U.S. intention to “close” the land corridor for good.